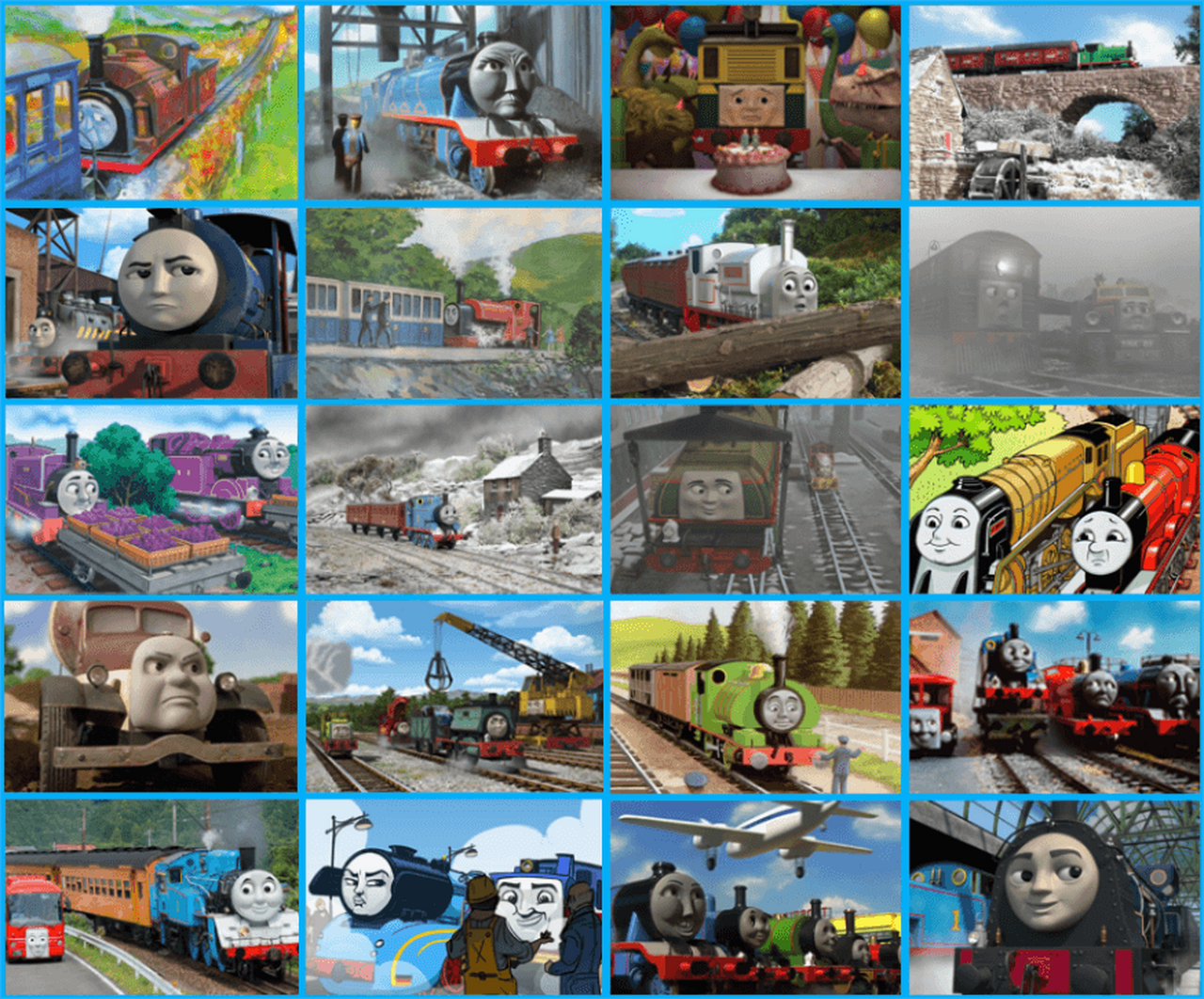 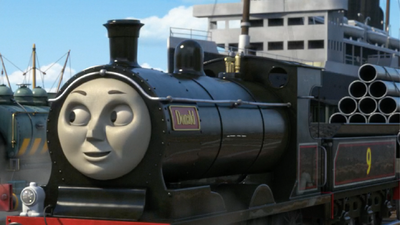 Donald and Douglas (originally known by their old numbers, 57646 and 57647, respectively) are a pair of Caledonian Railway mixed-traffic tender engines from Scotland. Douglas tagged along with Donald to Sodor in order to escape from scrap, despite Donald being the only engine expected. After... 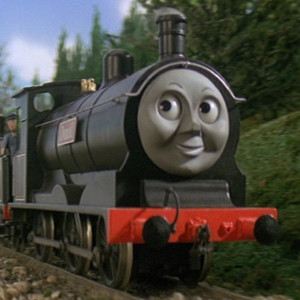 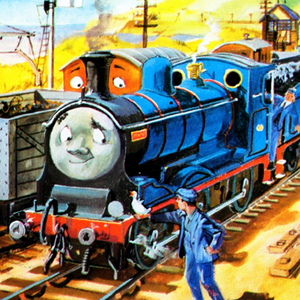 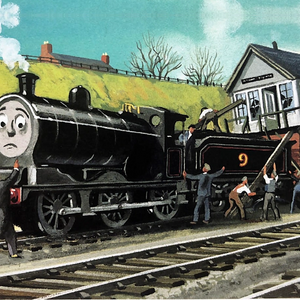 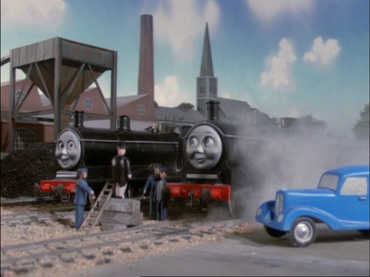 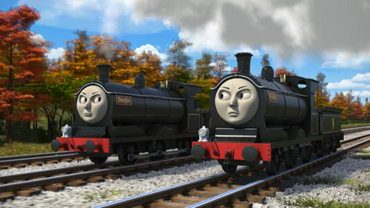 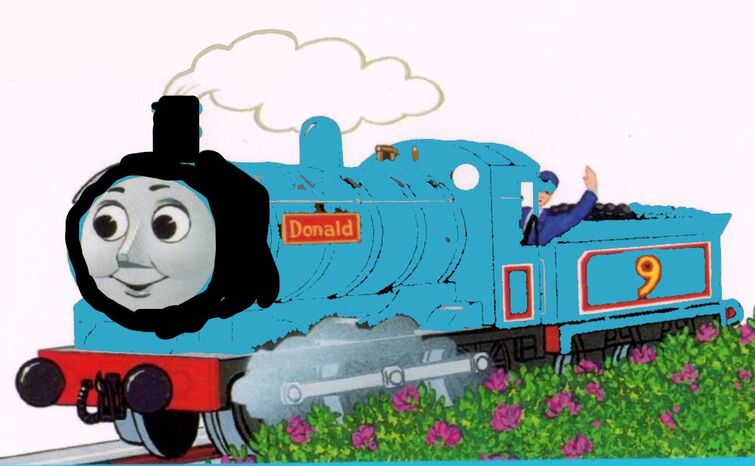 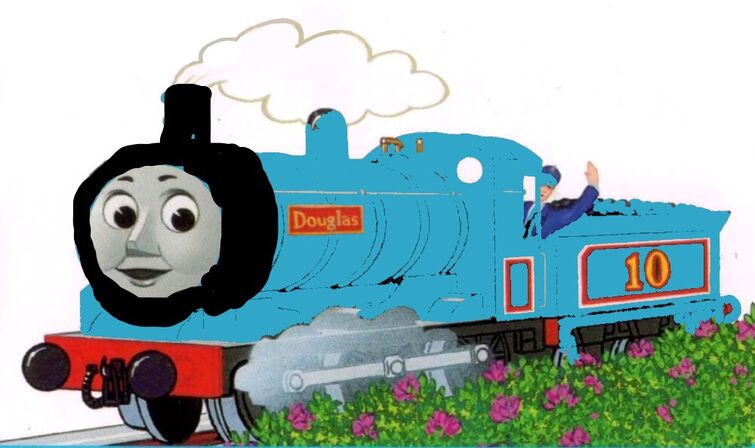 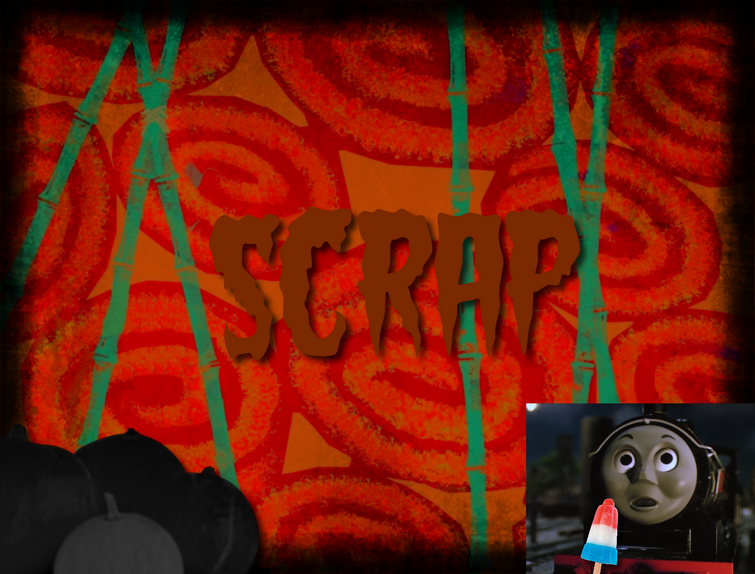 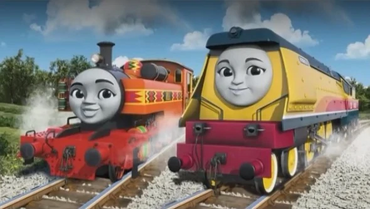 Nia and Rebecca to have their original names 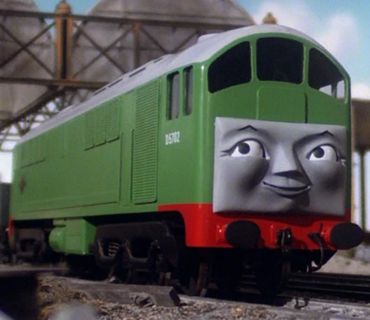 BoCo and Hank to return in Season 22 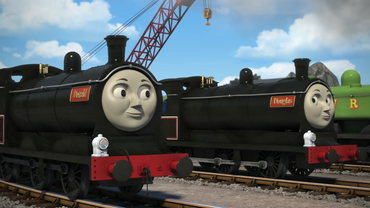 Donald and Douglas to be Blue in SLOTLT 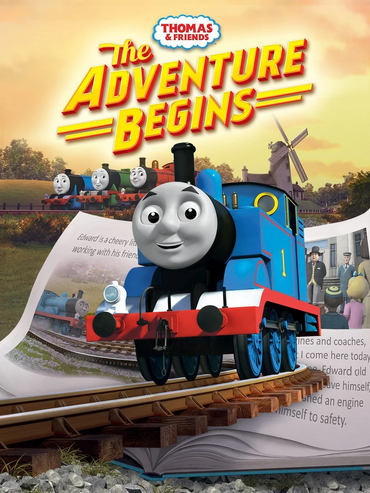 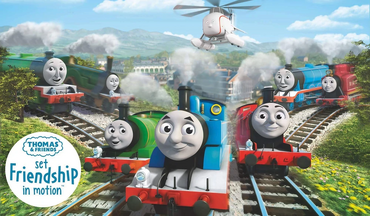 Henry to never leave the Steam Team in BWBA 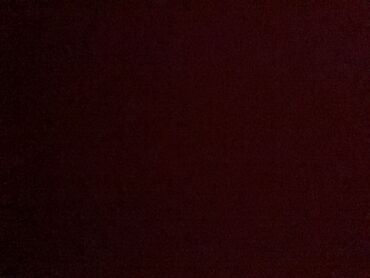 OK so i noticed a goof in branch line engines why are Donald and Douglas black in this photo they should be blue???

Tell me your theory's i want to here them. 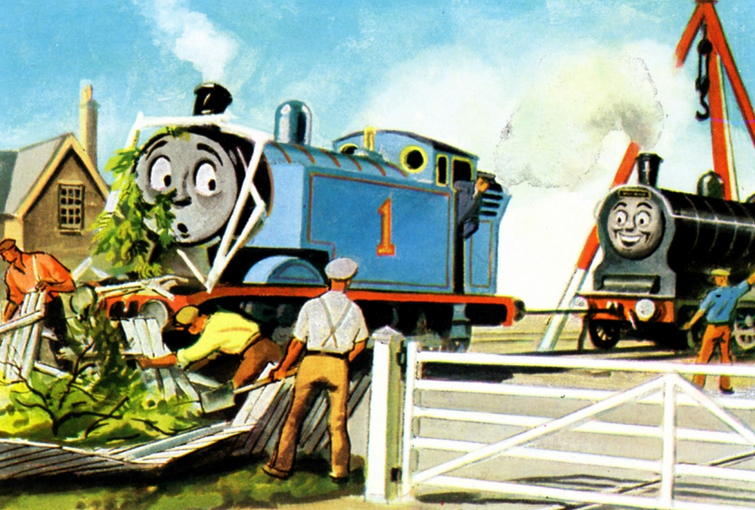 Yep, made another one that is true, and maybe this is why these two are always arguing nowadays as well... 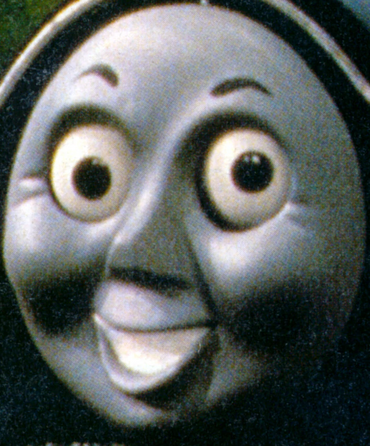 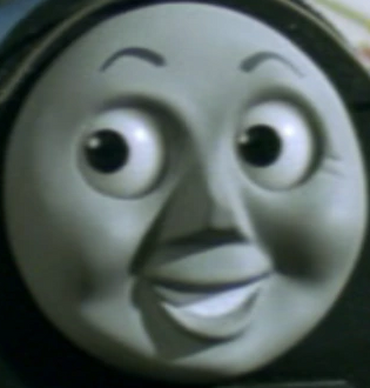 Think of a funny caption for this picture... 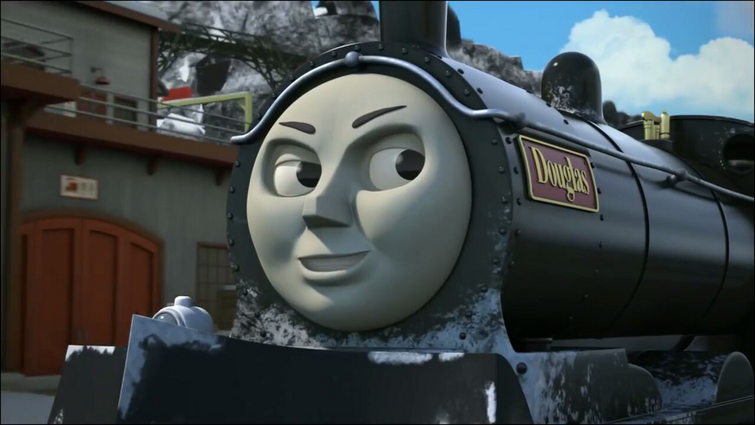 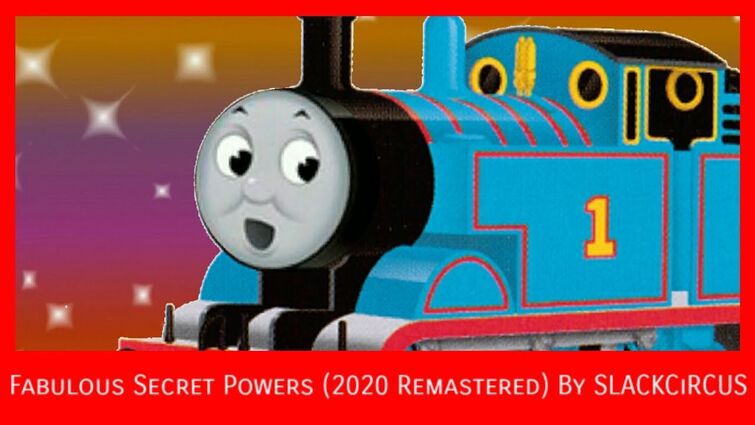 Alright, so I had these two episodes on my mind for a while and I was trying to think of a good review to do of them and now, I've finally come up with one. As you can tell, it's about the third series episodes, Heroes and Escape, which I personally think are two of the best episodes from that series, mainly due to them having intense rescue situations. However, while they do, it occurred to me: which one had the better intensity over the other? It's hard to decide, but that's what I'll be discussing in this post here. So here we go:

Let's start off with Heroes first: 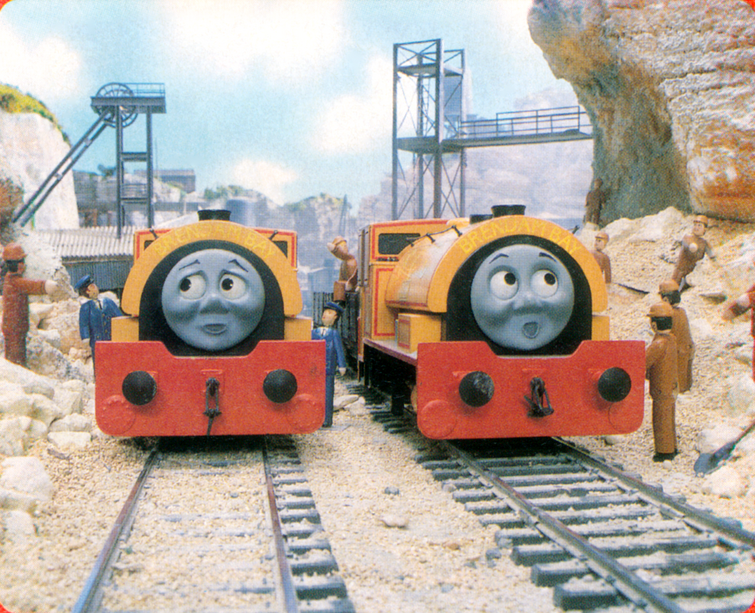 So the first half of the episode is pretty slow as it is about Bill and Ben being restless, then they work at Brendam Docks for the day, but screw everything up due to the trucks telling them what to do.

However, the second half takes an interesting turn as a rockslide begins and things get exciting and thrilling. Right from the moment when Bill exclaims, "That's a strange noise!", to when the narrator says "Everyone was safe," you are on the edge of your seat as the rockslide happens. The sounds and sights of the rocks falling, seeing towers and buildings toppling over, and Mike and Junior's mix of B&B's Theme, the Triumphant theme, and the third series 5-note Danger Theme made you feel nervous and excited at the same time and it just really captured your attention. Then of course, at the end, you feel proud of Bill and Ben for being so brave in rescuing the workmen.

It was a bit of a game changer during that time as a rockslide hadn't really happened in the show before then and this one definitely set up a new line of intensity that didn't involve a runaway or an accident, and one that would be followed in later series quite a few times too (i.e. Put Upon Percy, Snow, and Bill, Ben and Fergus). Personally, I thought the rockslide in Heroes was probably the most intense one in the show at that time and one that always gave me goosebumps due to how exciting and thrilling it was. Don't know how you guys feel about this, but that's everything I have to say about Heroes here. 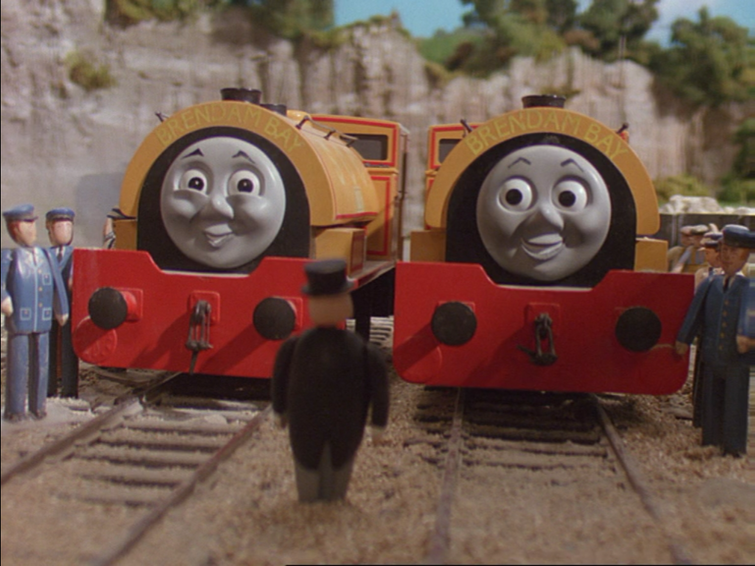 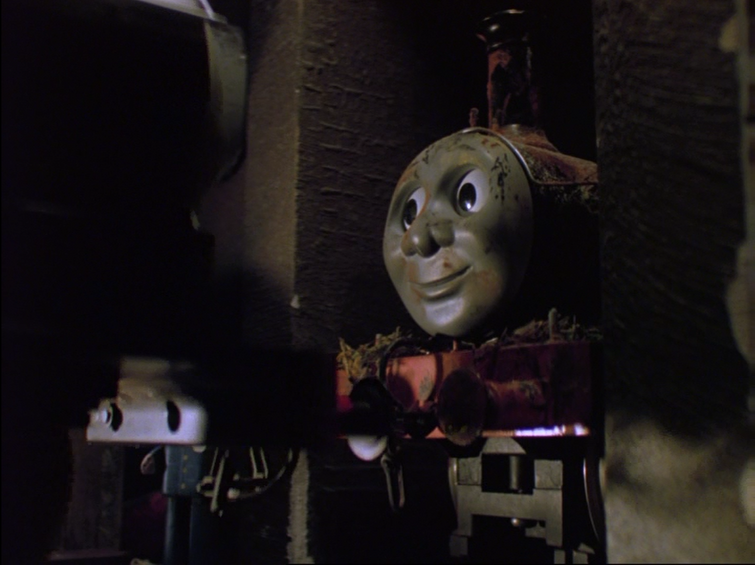 So even from the beginning, this episode is a little intense as the scene where Edward mentions "scrap" to Douglas kind of gives you chills, mainly due to seeing Douglas' scared reaction and Mike and Junior's darker music ditty that plays briefly. Then, brings up the idea of "we need another engine" and it kind of settles you down a bit.

Next, you get to the night scene with Douglas on the Other Railway and you get a sense of eeriness just from seeing the diesels with their backs turned to the camera. Then, right as Douglas is about to leave, the scene gets intense and intimidating as he discovers Oliver and Toad and the former explains their escaping from scrap and Douglas willingly agrees to rescue them. Now for this entire sequence, although you didn't really rely on something like a rockslide to make things intense, you could rely on Mike and Junior's Escape theme for that as their fast-paced, "rescue operation"-like music during this scene makes your heart race and have you cheering and worrying for Oliver and Toad at the same time. The particular scenes where you feel that is when Douglas buffers up to Oliver and takes off (cheering), when the foreman is looking over Oliver (worrying), and when they officially escape the yard (cheering).

The lighting in this scene also helps with the intensity too as it is dim and eerie and gives you a sense that all three protagonists are in a dark area for them and they are kind of in a dangerous situation. Also, what was a nice addition to this scene was Douglas remembering Edward's story of rescuing Trevor in "Saved From Scrap". Not really intense, but him remembering that helped shed light in the situation and showed he had hope for getting Oliver and Toad out of there regardless of what he had to do and that was really great too. So that's all I have to say about Escape. 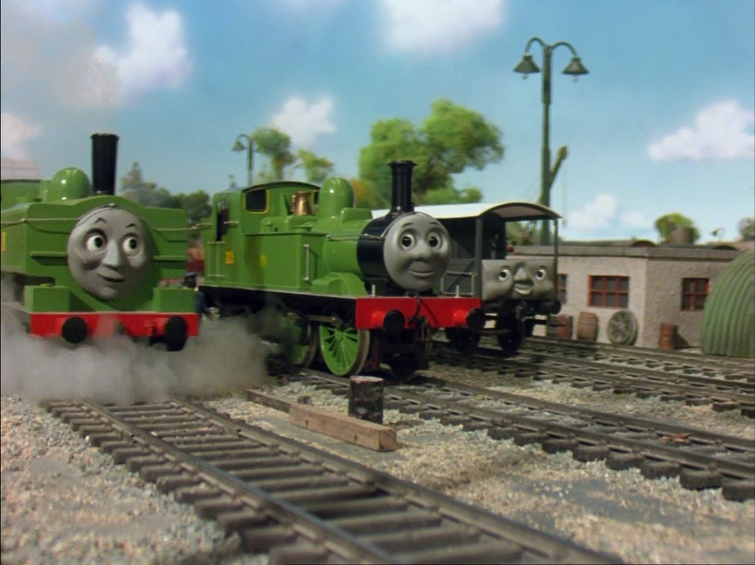 Now, for the final verdict. So like I said, Heroes and Escape both had some great intensity that really stood out for the series at that time and it was hard to choose one over the other. However, after thinking long and hard about it, I decided I would have to go with.....Escape.

So that's all I have to say on this topic. If you haven't seen these episodes in a while or not yet, I recommend watching them and see what I'm talking about and feel free to leave any feedback on this topic if you want (and if you do, please remember to be respectful and polite as there are no one right answers to everything).

That's all and take care, guys!

Donald and DouglasHiroLukeSkarloeyPorterCaitlinConnor
The scottish twins
The caledonian twins

From newest to oldest by build year: 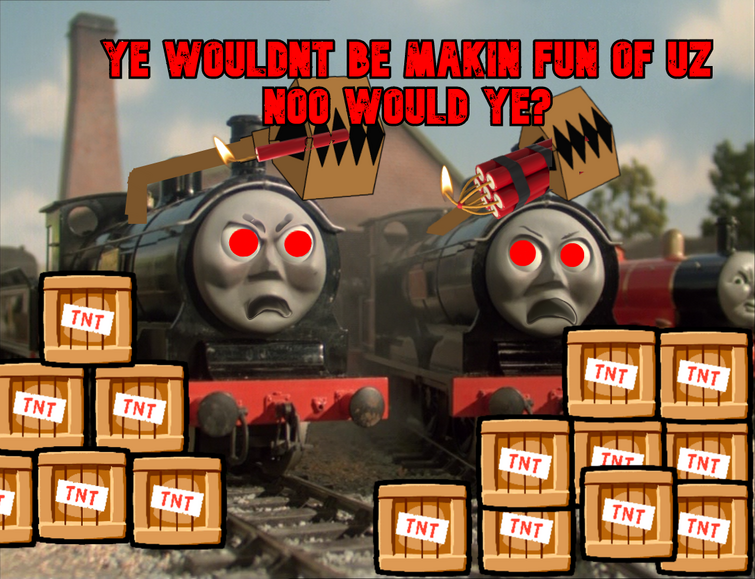