“Just because they call it the Flying Kipper, it doesn't mean you have to smell like a fish!”
―Gordon

Thomas the Tank Engine and Friends 44

A Fishy Smell is a magazine story.

It is usually Henry's job to take the Flying Kipper train which collects the fresh fish from the harbour. On this particular day, however, the Fat Controller wants Henry to pull a goods train so gives the Flying Kipper to Thomas.

Thomas is not used to getting up so early in the morning; his first branch line train is usually at quarter-past seven and that is early enough for him. His driver wakes Thomas up the following morning at five. The fireman stokes his fire, but Thomas feels as if his pistons are too stiff to move at all.

When he has warmed up, Thomas puffs slowly to the quay where the men are working hard to unload their morning's catch. Because possibly of how Thomas and possibly his driver are a bit tired, Thomas slips into a net full of fish. Thomas is covered in smelly fish. There is no time to do anything about it and Thomas has to hurry to take the Flying Kipper before his morning branch line train.

Annie and Clarabel are the first to comment on Thomas' fishy smell. Thomas feels rather silly as he explains to them what had happened at the quay. The passengers cannot help noticing the smell either. The guard jokingly tells them that he thinks Thomas has been fishing.

Thomas has to keep telling his embarrassing tale again and again, all morning. Everyone picks up on the fishy smell and they all want to know what it is. At last, Thomas has a short break between trains and goes to see the Fat Controller. His driver speaks to Sir Topham Hatt who, holding his nose, sends Thomas for a wash.

Later, Gordon puffs past and tells Thomas that just because the train is called the Flying Kipper, he does not need to smell like a fish. Thomas knows he does not smell fishy anymore, but the engines still find it very funny indeed. 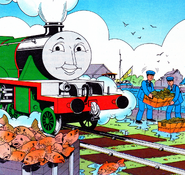 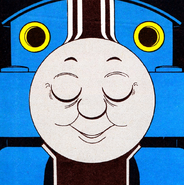 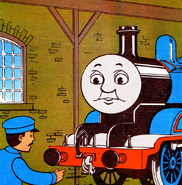 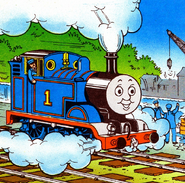 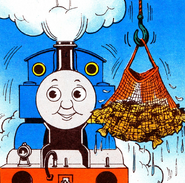 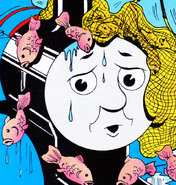 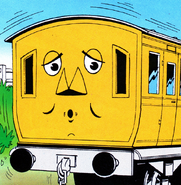 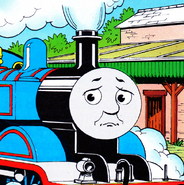 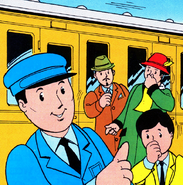 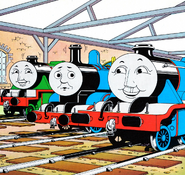 Add a photo to this gallery
Retrieved from "https://ttte.fandom.com/wiki/A_Fishy_Smell?oldid=1733473"
*Disclosure: Some of the links above are affiliate links, meaning, at no additional cost to you, Fandom will earn a commission if you click through and make a purchase. Community content is available under CC-BY-SA unless otherwise noted.