“Why didn't you watch which way you were going? You should know the lines!"
"Perhaps his new driver had him round back to front!”
―Gordon and James teasing BoCo

A Second Chance is a magazine story. This story follows on from A New Driver.

BoCo is not getting on well with his new driver at all. He is proud and stubborn, and refuses to listen to BoCo when he makes mistakes. One of these mistakes was arriving at the harbour yard when they should not have been there at all. BoCo is very embarrassed about the situation, but the others think it a great joke.

BoCo reluctantly agrees, but he is not happy. The trucks giggle as BoCo passes by and everyone seems to be talking about it. Even the passengers are gossiping about the stubborn new driver. BoCo overhears the gossip as the passengers board his train. BoCo's driver is very sorry about what happened before and realises that he had been a little headstrong. He promises to listen to BoCo from now on, which BoCo hopes is true.

Suddenly, BoCo sees something ahead on the track. He calls for his driver to stop and this time the driver listens and applies the brakes. The train grinds to a halt, just in time to avoid hitting a goat. The passengers are not happy about being jolted and decide they will complain about the new driver. Luckily, the guard points out the real reason for the urgent stop. BoCo is delighted to have been listened to by his driver; perhaps the man is not so bad, after all. 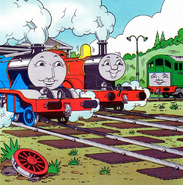 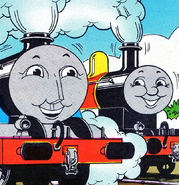 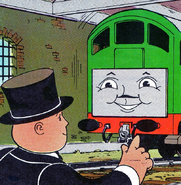 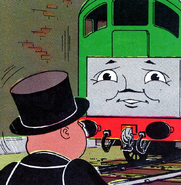 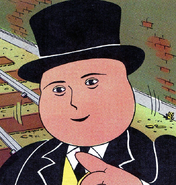 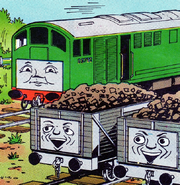 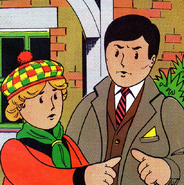 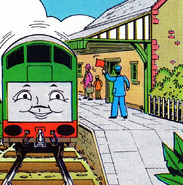 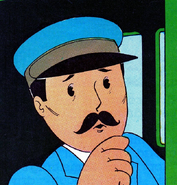 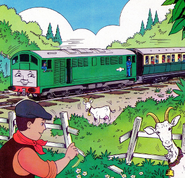 Add a photo to this gallery
Retrieved from "https://ttte.fandom.com/wiki/A_Second_Chance?oldid=1685102"
Community content is available under CC-BY-SA unless otherwise noted.