“Hmph! You would think you had never heard a band before!”
―James to Thomas

A Surprise for Thomas

Thomas the Tank Engine and Friends 44

Work on the new tunnel is almost complete. The men are tidying up the site and Daisy is the first engine to use the new tunnel. Daisy is very proud of herself, but Toby remembers just how frightened Daisy had been.

The Fat Controller is preparing to have the tunnel declared officially opened. The engines are excited; there is bound to be a big celebration. Duck says the Fat Controller is inviting a guest of honour to cut the grand ribbon. Thomas thinks it all sounds grand; he does not want to miss it.

The engines are washed and polished for the big opening day. Thomas looks like new as he puffs along his branch line with Annie and Clarabel. The passengers know there must be a special occasion and Thomas tells them that today is the day the new tunnel is going to be officially opened. Thomas is looking forward to it and wants to hurry through his stations so he can finish early, but his driver and guard will not let him.

On his last journey of the day, Thomas arrives at a station. The passengers climb aboard and Thomas is ready to go, but the signal does not change. The stationmaster tells Thomas he must wait for an important passenger who is late. Thomas is disappointed; now he will miss the grand opening.

Twenty-two minutes later, the important passenger finally arrives and Thomas pulls away. He hardly left time for the passengers to get off his train before he hurries off to the grand opening of the tunnel.

Thomas thinks he is late, but when he arrives, he finds everyone is waiting for him. They cannot start the grand opening without Thomas as his important passenger is the Fat Controller's guest of honour. 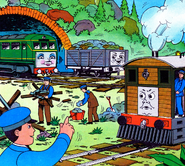 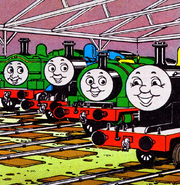 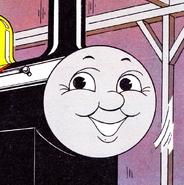 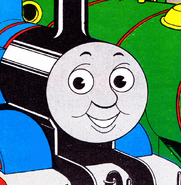 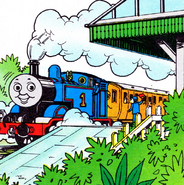 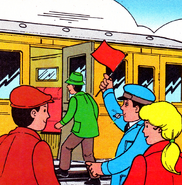 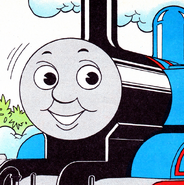 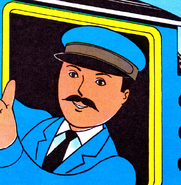 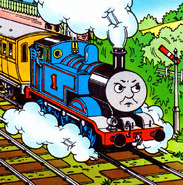 Add a photo to this gallery
Retrieved from "https://ttte.fandom.com/wiki/A_Surprise_for_Thomas?oldid=1733504"
*Disclosure: Some of the links above are affiliate links, meaning, at no additional cost to you, Fandom will earn a commission if you click through and make a purchase. Community content is available under CC-BY-SA unless otherwise noted.