“I am the smartest."
The smartest? Huh! The Fat Controller won't want to take you out! He'll want to impress the visitor with a modern engine like me."
"Rubbish. I am the finest of the Fat Controller's engines. He's bound to choose me.”
―Henry, Daisy and Gordon

An Important Visitor is a magazine story. The second half of this story is called Rumours and Speculation.

One fine morning, the Fat Controller is having the big station cleaned. All of the engines are very curious as none of them know what is happening. Then, Thomas arrives and explains that his driver has said that a very important visitor is to tour the island the day after tomorrow. All of the engines are very excited to hear this and they all want to be chosen to take the visitor. All of the drivers are soon cleaning their engines in the hope that they will be chosen to take the important visitor.

That night, there is a commotion in the sheds when all of the engines start to argue about who should be chosen. Henry says he is the smartest, but Daisy protests that the Fat Controller will choose a modern engine like her to impress the visitor. Gordon is positive that he will be chosen which sparks an argument between him and Daisy and keeps the other engines awake.

The next morning, both engines ask the Fat Controller who is going to take the important visitor. Both Gordon and Daisy are very surprised to learn that the visitor intends to tour the island in a helicopter. 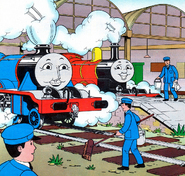 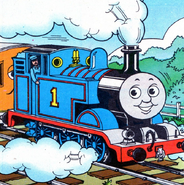 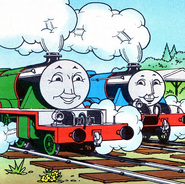 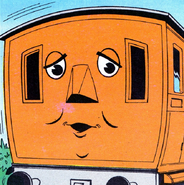 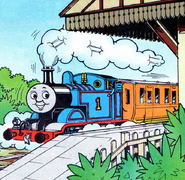 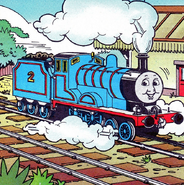 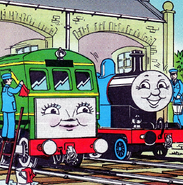 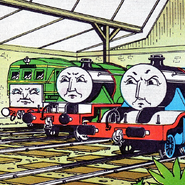 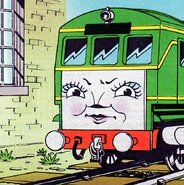 Add a photo to this gallery
Retrieved from "https://ttte.fandom.com/wiki/An_Important_Visitor?oldid=1973444"
*Disclosure: Some of the links above are affiliate links, meaning, at no additional cost to you, Fandom will earn a commission if you click through and make a purchase. Community content is available under CC-BY-SA unless otherwise noted.