Animal Adventures is a UK/AUS DVD containing nine episodes from the twenty-fourth series. It is also the final DVD release of the original series due to its conclusion in 2021.

When Thomas is asked to help at the animal park, he soon realises there's more to the job than he first thought. Nia welcomes an unfriendly elephant to Sodor, and Thomas tries to get back on track after a run of bad luck. Yong Bao tells Thomas how he came to have his magnificent tiger emblem, and Percy sees his chance to shine at the little engines' Railway Show. Rebecca tries to be more like Gordon, but it doesn't go well for Gordon! Cleo takes to the rails to race Thomas but discovers why she's designed to stick to the roads. And, when other engines help Emily out of a tricky situation, she remembers just how lucky she is to be surrounded by best friends. 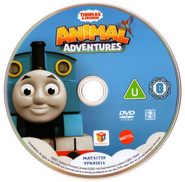 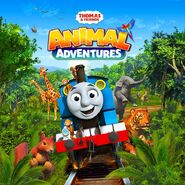 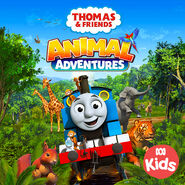