Bill and Ben, re-titled Bill and Ben the Twin Engines in 2011, is the twelfth book in the My Thomas Story Library series.

Bill and Ben are working at the quarry, which they find quite boring, when Ben hears a strange noise. Bill cannot hear anything, though. The quarrymaster tells them they need to go and see the Fat Controller at the harbour. The twins think they are in trouble, but they are not - the Fat Controller wants them to look after Edward's trucks, as he is taking some children on a special trip. The trucks trick Bill and Ben into thinking they are nice, but are actually telling Bill and Ben to shunt them into the wrong places. The twins follow the trucks' instructions, but block Gordon in by mistake. The Fat Controller is angry with them and tells them to clear up the mess they had made. They go back to the quarry once they have finished and Bill hears a strange noise. Suddenly, the alarm rings and the quarry master starts shouting to clear the quarry. The workmen clamber into Bill and Ben's trucks and as they pull out of the quarry, they hear a cry - one of the workmen has been left behind. Ben waits as the workman manages to jump aboard and the twins set off again, getting away just in time. The Fat Controller arrives with Edward to congratulate them with three cheers. 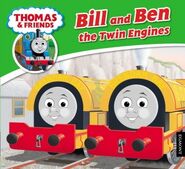 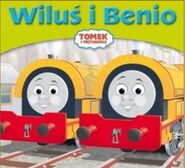 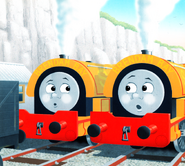 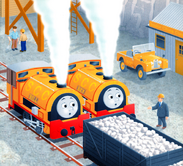 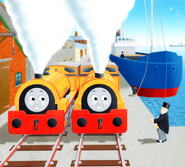 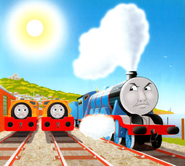 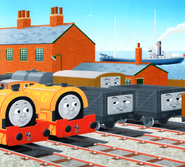 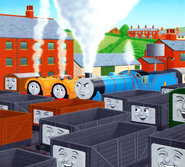 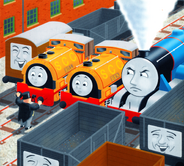 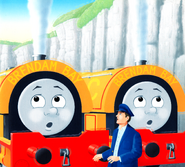 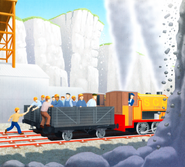 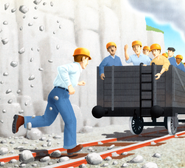 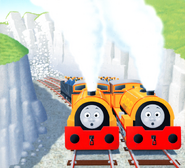 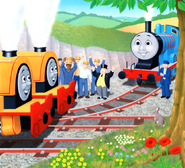 Add a photo to this gallery
Retrieved from "https://ttte.fandom.com/wiki/Bill_and_Ben_(Story_Library_book)?oldid=1662613"
*Disclosure: Some of the links above are affiliate links, meaning, at no additional cost to you, Fandom will earn a commission if you click through and make a purchase. Community content is available under CC-BY-SA unless otherwise noted.