“There's no real harm in them, but they're maddening at times."
"Maddening is the word!”
―Edward and BoCo about Bill and Ben

BoCo the Diseasel is the twenty-fourth Buzz Book, based on the second series episode The Diseasel illustrated using photographs from the television series.

BoCo is terrorised by the twins Bill and Ben when they suspect BoCo had stolen their trucks. 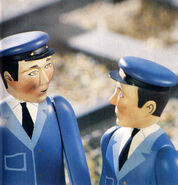 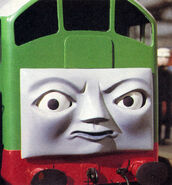 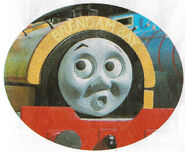 Add a photo to this gallery
Retrieved from "https://ttte.fandom.com/wiki/BoCo_the_Diseasel_(Buzz_Book)?oldid=1729155"
*Disclosure: Some of the links above are affiliate links, meaning, at no additional cost to you, Fandom will earn a commission if you click through and make a purchase. Community content is available under CC-BY-SA unless otherwise noted.