1998-present
Bob the Builder is a British animated children's television series created by Keith Chapman as a production of HiT Entertainment, now owned by Mattel. It has been going since 1998.

The regular logo of Bob the Builder

A child dressed as Bob the Builder illustrated by Richard Courtney

A toy train that resembles Thomas in Bob The Builder: Scrambler To The Rescue 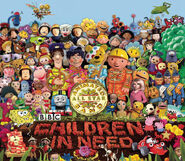 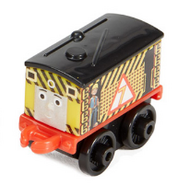 A display of Thomas with Angelina Ballerina, Bob the Builder, Fireman Sam, Barney and Pingu
Add a photo to this gallery
Retrieved from "https://ttte.fandom.com/wiki/Bob_the_Builder?oldid=1964554"
*Disclosure: Some of the links above are affiliate links, meaning, at no additional cost to you, Fandom will earn a commission if you click through and make a purchase. Community content is available under CC-BY-SA unless otherwise noted.