“What a funny funnel!”
―Henry

13 October 2010
30 December 2015
Bubble Trouble is a magazine story, it was illustrated by using photographs from the CGI television series.

Thomas is fitted with a strange-looking funnel because his is broken. He is then given the job of transporting Mr. Bubbles' special bubble liquid to the show. He is instructed not to spill a drop. Later, he meets James who laughs at his funny funnel. Thomas steams away in a huff and spills some bubble liquid. This happens again when he meets Gordon and Henry and soon there is no bubble liquid left. Thomas goes back to pick up some more bubble liquid and this time he does not spill a single drop. Thomas arrives at Mr. Bubbles' show just in time. 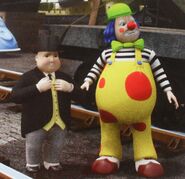 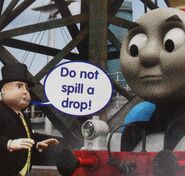 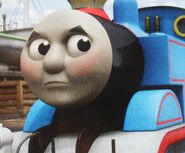 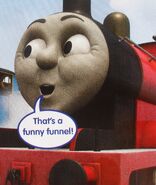 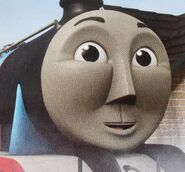 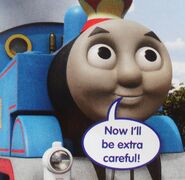 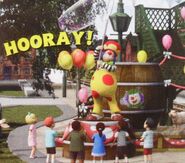 Add a photo to this gallery
Retrieved from "https://ttte.fandom.com/wiki/Bubble_Trouble?oldid=1870598"
*Disclosure: Some of the links above are affiliate links, meaning, at no additional cost to you, Fandom will earn a commission if you click through and make a purchase. Community content is available under CC-BY-SA unless otherwise noted.