Thomas the Tank Engine
and Friends 244

Thomas is running late and running low on coal. Then, he sees the coalman crossing the level crossing who kindly gives Thomas some bags of coal. A few days later, Thomas is pulling a "Showtime Special" train which is taking passengers to see a musical at the theatre. Whilst waiting at the signal, he sees the coalman who is signalling for help. His lorry has broken down so Thomas gives him a lift to the next station where he can call a mechanic. The only problem is, that the coal on his lorry is needed at the theatre. But Thomas has an idea; he collects the coal in the guard's van and then his crew takes it from the van to the theatre on a luggage trolley. Thomas has saved the show! 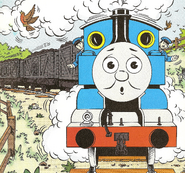 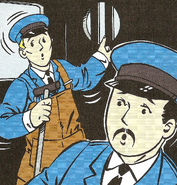 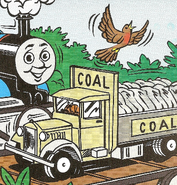 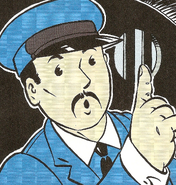 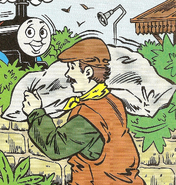 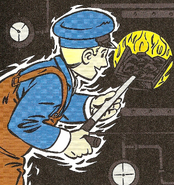 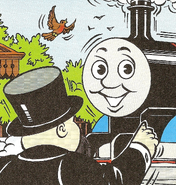 Add a photo to this gallery
Retrieved from "https://ttte.fandom.com/wiki/Carrying_Coal!?oldid=1691099"
Community content is available under CC-BY-SA unless otherwise noted.