Thomas the Tank Engine Wikia
Register
Don't have an account?
Sign In
Advertisement
in: Other railways, Inhabited areas, Countries,
and 3 more
English

China, officially the People's Republic of China (PRC; Mandarin: 中华人民共和国; Pinyin: Zhōnghuá Rénmín Gònghéguó) is the second-largest country in the continent of Asia.

Thomas visited this country a few times in Really Useful Around the World. During his first visit, he had to deliver some bamboo, which he saw it was very important. Thomas later discovered that the bamboo was for the pandas to eat, and thought it was a waste as he saw it used for other things, like bicycles and furniture. But the person who needed it said that the panda bears like eating bamboo as their diet, so Thomas felt lucky to help.

He later took some passengers one evening, when he saw some villagers hanging lanterns outside their houses, and thought it looked magical. Later that night, Thomas met Yen and asked her why everyone was hanging lanterns. Yen told Thomas that everyone was celebrating the New Year, though Thomas was confused as he already celebrated it on Sodor. She told Thomas that China celebrates it at a different time.

In the twenty-second, twenty-third and twenty-fourth series, China was one of the most visited countries in Thomas' foreign adventures. While Thomas visited China, he worked on the China Railway, also known as the Chinese Railway.

The China Railway is the main standard gauge rail network of China. 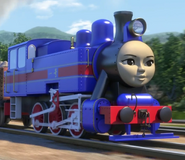 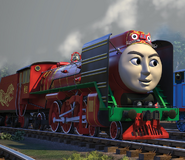 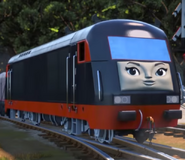 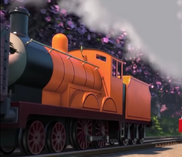 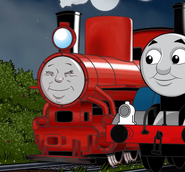 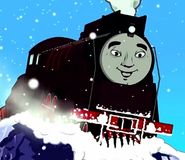 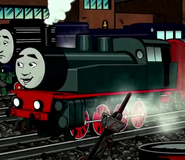 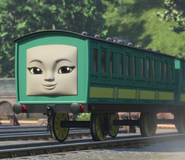 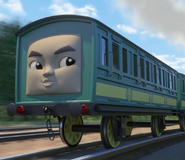 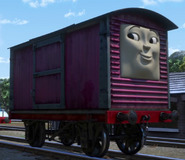 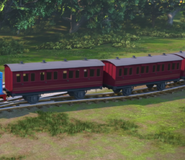 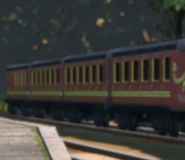 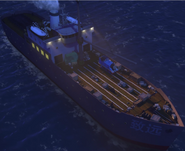 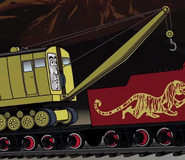 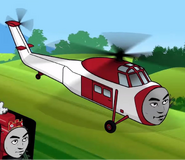 Thomas & Friends UK ⭐What Did Thomas Learn In China? 🌍 ⭐My Hometown My China ⭐Cartoons for Kids
UK Narration

China! Big World! Big Adventures! Thomas & Friends
US Narration
China
Español עברית Polski Русский
*Disclosure: Some of the links above are affiliate links, meaning, at no additional cost to you, Fandom will earn a commission if you click through and make a purchase. Community content is available under CC-BY-SA unless otherwise noted.
Advertisement