“Remember, passengers come first, so they should be on the front page!”
―the Fat Controller

Clean Up Chaos is a magazine story.

One morning, before the work, the Fat Controller arrives at the sheds with an important announcement for his engines. A man and woman walk over to join the Fat Controller. The woman is holding a camera and the man has a notepad and pencil. The Fat Controller introduces them as the staff of the Sodor Railway News, the railway's very own newspaper for the passengers of the railway. Daisy glows with pride when she is asked to carry the man and the woman first. She hopes to be on the front cover, but they tell her that is the Fat Controller's decision. The engines all want to be chosen to be on the cover.

It is Gordon's turn to have his photo taken next. He arrives with the express in record time. The photographer snaps away on the busy platform. Then, Diesel powerfully rolls up so that the photographer would spot him. He rolls straight in front of Thomas and Percy who are very annoyed.

By the end of the week, every engine has been photographed working busily and they are all arguing about who will be on the front cover. 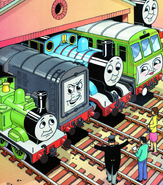 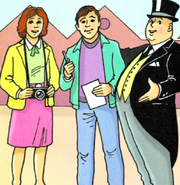 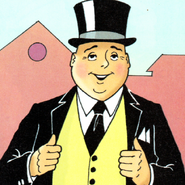 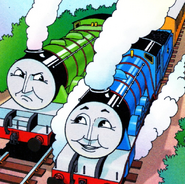 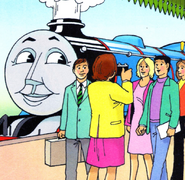 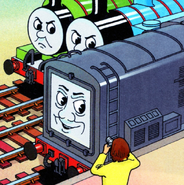 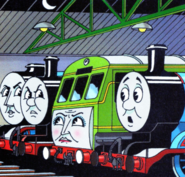 Add a photo to this gallery
Retrieved from "https://ttte.fandom.com/wiki/Clean_Up_Chaos?oldid=1686367"
Community content is available under CC-BY-SA unless otherwise noted.