“Now move out of the way, you mites, I need to get to those trucks”
―Cranky after being rescued

Cranky, re-titled Cranky the Crane in 2011 and Thomas and Percy to the Rescue in 2015, is the seventh book in the My Thomas Story Library series.

Thomas and Percy are annoyed with a new crane named Cranky who calls the little engines "useless little bugs". The big engines stick up for Cranky and one stormy night a ship runs aground straight into the shed trapping the big engines and knocking Cranky over. Thomas and Percy come the rescue and prove that they are not "useless bugs". 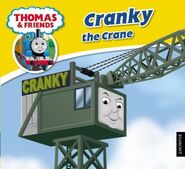 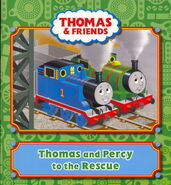 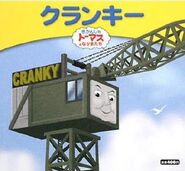 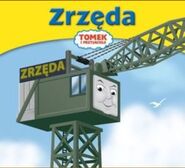 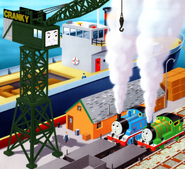 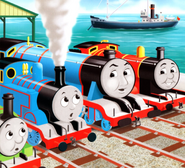 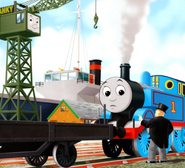 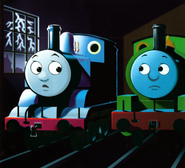 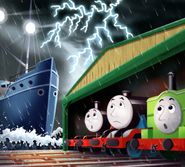 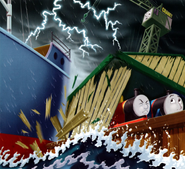 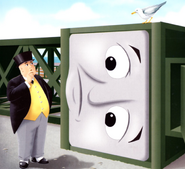 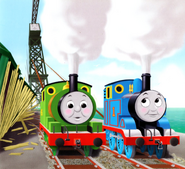 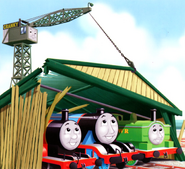 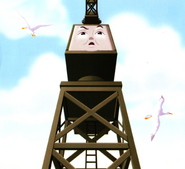 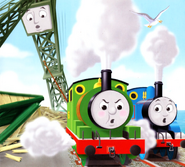 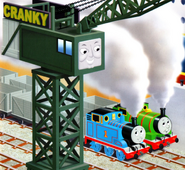 Add a photo to this gallery
Retrieved from "https://ttte.fandom.com/wiki/Cranky_(Story_Library_book)?oldid=1681376"
*Disclosure: Some of the links above are affiliate links, meaning, at no additional cost to you, Fandom will earn a commission if you click through and make a purchase. Community content is available under CC-BY-SA unless otherwise noted.