David Nelson Godfrey Mitton (13 July 1938 - 16 May 2008) was a British director, producer, writer, model maker and special effects technician. He was the writer, producer, and director of Thomas the Tank Engine & Friends and the co-creator of TUGS.

Mitton began his career as a special effects technican on Gerry Anderson shows such as "Thunderbirds", "Captain Scarlet" and "Joe 90" before founding Clearwater Features with Robert D. Cardona in 1983.

Mitton worked on various TV advertisements through his company before he was approached by Britt Allcroft to produce a series known as Thomas the Tank Engine and Friends. Although some episodes were based on the Railway Series books, some of the scripts had been written down by him and Britt Allcroft. He directed and produced the series alongside Cardona.

Mitton wrote six episodes of his and Cardona's live-action model series "TUGS" in 1988 and directed nine of them. When Clearwater Features closed down in 1990, he joined the Britt Allcroft Company. Allcroft replaced Cardona as co-producer alongside Mitton.

After the death of the Reverend W. Awdry in 1997, Mitton and Allcroft decided to create stories of their own. He provided stories for episodes of the sixth and seventh series. His last episode as writer was Toby's Windmill. Phil Fehrle replaced Mitton and Allcroft as producer for the sixth and seventh series, but Mitton continued as director until Three Cheers for Thomas before retiring. Mitton worked as model unit creative consultant for Thomas and the Magic Railroad and also worked as model consultant for the sixth series episodes Jack Jumps In and A Friend in Need, and spin-off series Jack and the Sodor Construction Company. Steve Asquith directed these episodes and replaced Mitton as main director following his retirement.

He was working with Gerry Anderson producer David Lane with their own company "Pineapple Squared Entertainment", which was due to launch a new CGI Animation series "Adventures On Orsum Island". Only a few episodes of "Orsum" were semi-completed before his death.

Both episodes were co-written with Britt Allcroft.

David Mitton on the set of Captain Scarlet in 1967

David with the Series 1 crew

David Mitton with Duck and Oliver

David Mitton in the editing room at Shepperton Studios 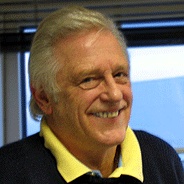 Retrieved from "https://ttte.fandom.com/wiki/David_Mitton?oldid=1815637"
*Disclosure: Some of the links above are affiliate links, meaning, at no additional cost to you, Fandom will earn a commission if you click through and make a purchase. Community content is available under CC-BY-SA unless otherwise noted.