Thomas the Tank Engine
& Friends No. 40

“Dump our china clay into the sea, will he?”
―Bill

Diesel's Race is a magazine story. The second part of this story is called A Trick on Bill and Ben.

Bill and Ben are cross when they hear Diesel dumped their trucks of china clay into the sea. They want to pay him back. Bill has a plan. He takes some trucks down to the harbour and he sees Diesel bumping trucks roughly around the yard. Bill tells Diesel that he looks strong and fast and Diesel offers him a race. There are two routes to the clay pits. Bill offeres Diesel to take the short route but Diesel, in his boastful self, says he can beat Bill through the long route. Their drivers agree to the race and they set off. But when he arrives at the clay pits, he sees Ben! This time Diesel offers Ben to take the short route, determined not to be beaten again. But when he arrives back at the harbour yards, Bill is already there and looking calm too. Diesel cannot say a word. He slides quietly away and the twins laugh at their joke. 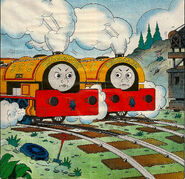 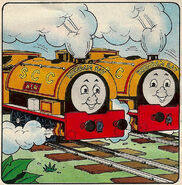 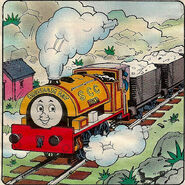 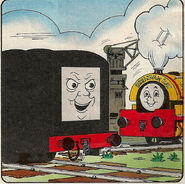 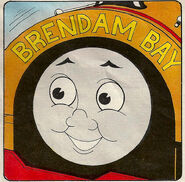 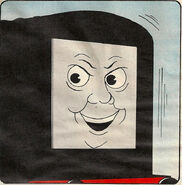 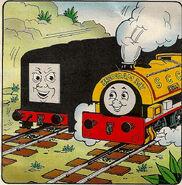 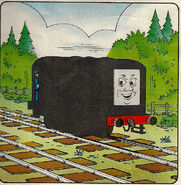 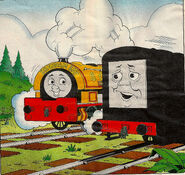 Add a photo to this gallery
Retrieved from "https://ttte.fandom.com/wiki/Diesel%27s_Race?oldid=1968861"
*Disclosure: Some of the links above are affiliate links, meaning, at no additional cost to you, Fandom will earn a commission if you click through and make a purchase. Community content is available under CC-BY-SA unless otherwise noted.