2007
Diesel Display is a magazine story.

A steam fête is being held on Sodor, and Edward is helping out. During the course of the day, some of his steam powered friends run into trouble, and Edward goes out on his way to help them. The fete is a success and The Fat Controller gives Edward the day off for his hard work. This annoys Diesel, as he and the rest of the Diesels have been hard at work whilst the steam engines were busy, and even the friendlier Diesels are annoyed. Edward has another idea, and with the Fat Controller's permission, a special "Diesel Display" is held the next day, which is also a success. 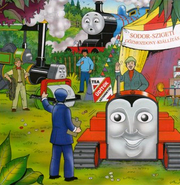 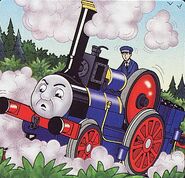 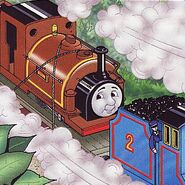 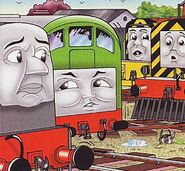 Add a photo to this gallery
Retrieved from "https://ttte.fandom.com/wiki/Diesel_Display?oldid=1806131"
*Disclosure: Some of the links above are affiliate links, meaning, at no additional cost to you, Fandom will earn a commission if you click through and make a purchase. Community content is available under CC-BY-SA unless otherwise noted.