“I told you I’m stronger than a silly little tug boat!”
―Diesel

Thomas the Tank Engine
and Friends 121

A big tug boat arrives at the harbour with an open barge that contains a shipment of coal, and Diesel boasts that he can be stronger than a little tug boat like it. Later some stormy clouds cover the blue sky, as the tug boat begins to sway from side to side against the raging waves until the rope snaps and the tug boat breaks away from its mooring.

As the tug boat starts drifting to sea, the skipper shouts that he can not drive it back to the harbour edge due to a broken engine. It is all or nothing until Diesel's driver has an idea, and a rope is thrown to him from the tug boat. The harbour stationmaster ties it up to Diesel's front coupling, and Diesel starts to rave his engine to pull the tug boat safely back to the harbour edge, where it is secured while waiting for its engine to be repaired. After the rescue mission is over, the Fat Controller praises Diesel for his effort in saving the tug boat from getting lost at sea. 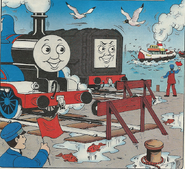 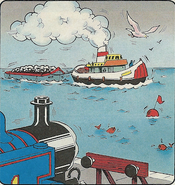 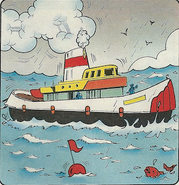 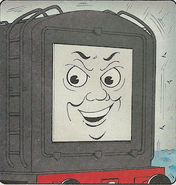 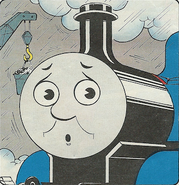 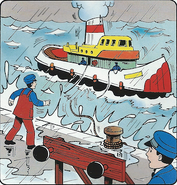 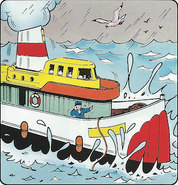 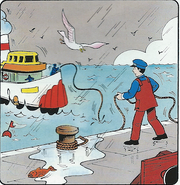 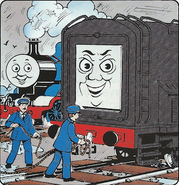 Add a photo to this gallery
Retrieved from "https://ttte.fandom.com/wiki/Diesel_Pulls_Hard?oldid=1686981"
Community content is available under CC-BY-SA unless otherwise noted.