“If you worked more and talked less, this yard would be a sweeter, a better, and a much happier place!”
―James to Percy

Thomas the Tank
Engine and Friends 17

Percy tells the other engines that a bigger tank engine is coming to help him. James and Gordon think Percy is feeble and the small engine goes off to the station to fetch some coaches. The Fat Controller sees Percy looking sad and asks him if he would like to help build his new harbour. Percy eagerly agrees.

The new engine, Montague, presently arrives. Montague explains that he prefers to be called "Duck" and the Fat Controller orders Percy to show the new engine around. The two engines are soon very busy. Gordon, James, and Henry watch Duck quietly working. They think Duck looks a simple sort of engine and decide to tease him. They puff past Duck making quacking noises and blowing smoke at him. Percy tells Duck that they tease him too. Duck decides to put a stop to their nonsense.

Later on, the Fat Controller hears an extraordinary noise and hurries to the yard where he finds Duck and Percy sitting on the points leading to the sheds, stopping the big engines from getting in. All of the engines get a severe scolding from the Fat Controller, especially the big engines. Presently, Percy is sent away to help with the new harbour and Duck is left to manage alone and does so, very easily. 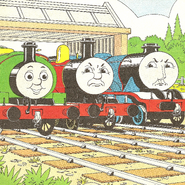 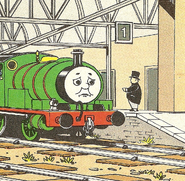 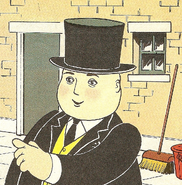 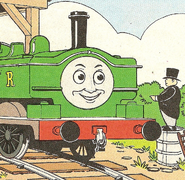 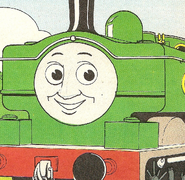 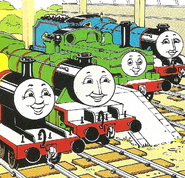 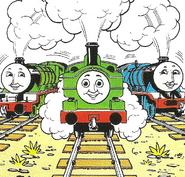 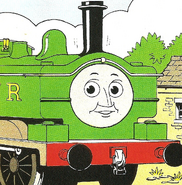 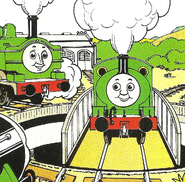 Add a photo to this gallery
Retrieved from "https://ttte.fandom.com/wiki/Duck_Takes_Charge_(magazine_story)?oldid=1712985"
*Disclosure: Some of the links above are affiliate links, meaning, at no additional cost to you, Fandom will earn a commission if you click through and make a purchase. Community content is available under CC-BY-SA unless otherwise noted.