One morning, the Fat Controller asks Edward to deliver the mail whilst Percy is being repaired. Edward is unsure how to deliver the post and wants to ask Percy for help, but he does not want to look silly. At the depot, Edward is told where to take the parcels, but he does not know which parcels to deliver first. At a junction, he meets Thomas and wants to ask him how to deliver the parcels, but still does not want to look silly. Soon, Edward arrives at the children's party and leaves Farmer McColl's parcels with the children, then he goes to the school, and finally to Farmer McColl's. Edward is relieved, but the Fat Controller is receiving complaints about the parcels being dropped off at the wrong locations. Edward has to collect all of the parcels. On the way to the farm, he goes down the wrong track and runs into a dead end. Edward realises that he needs help and Percy is happy to oblige. Soon, Edward has delivered all the parcels and he is sure that, next time, he will ask for help straight away! 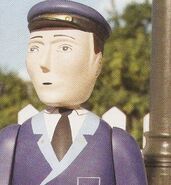 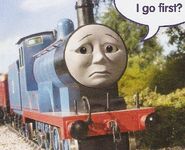 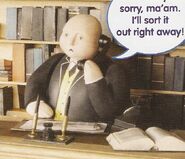 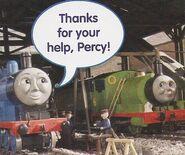 Add a photo to this gallery
Retrieved from "https://ttte.fandom.com/wiki/Edward%27s_Mail?oldid=1688076"
*Disclosure: Some of the links above are affiliate links, meaning, at no additional cost to you, Fandom will earn a commission if you click through and make a purchase. Community content is available under CC-BY-SA unless otherwise noted.