Edward Saves the Day is a 1997 annual story.

Sir Handel does not want to help transport equipment for the Tidmouth Gymkhana. By mistake he goes to the harbour instead of the riding school and ends up delivering several pot plants. Luckily, Edward has a plan to solve this dilemma. 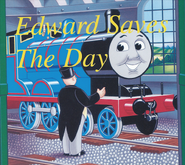 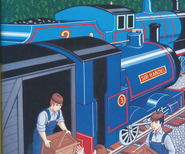 Sir Handel missing his trailing wheels
Add a photo to this gallery
Retrieved from "https://ttte.fandom.com/wiki/Edward_Saves_the_Day?oldid=1960008"
*Disclosure: Some of the links above are affiliate links, meaning, at no additional cost to you, Fandom will earn a commission if you click through and make a purchase. Community content is available under CC-BY-SA unless otherwise noted.