The Estate Railway is a small dual-gauged tourist railway at the Ulfstead Castle estate and the Dinosaur Park near Ulfstead. It is owned and operated by Sir Robert Norramby, the Earl of Sodor.

Stephen, Millie and Glynn are all owned by the Earl and live and work at Ulfstead Castle, where they take tourists around the estate railway or assist with maintenance on the castle grounds. Connor and Caitlin from the Other Railway both bring tourists to the estate while the North Western and Skarloey Railway engines either visit or bring passenger or goods trains to the railway. 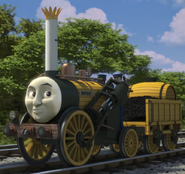 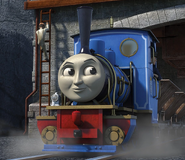 Millie (narrow gauge)
Add a photo to this gallery 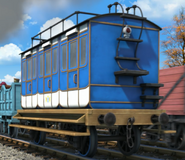 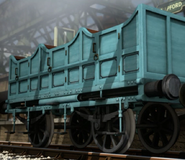 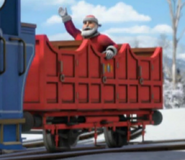 Open-Topped Carriages (narrow gauge)
Add a photo to this gallery 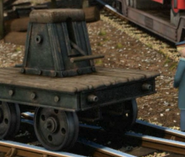 The Pump Trolley
Add a photo to this gallery

The tunnel from the Castle to the Dinosaur Park

The Sheds
Add a photo to this gallery
Ulfstead Castle
Retrieved from "https://ttte.fandom.com/wiki/Estate_Railway?oldid=1766106"
*Disclosure: Some of the links above are affiliate links, meaning, at no additional cost to you, Fandom will earn a commission if you click through and make a purchase. Community content is available under CC-BY-SA unless otherwise noted.