2015
Express Delivery was a 3D game application developed by Budge Studios, available to download for free on iTunes. It also offered In-App purchases. The game was released in 2015 but is now discontinued.

Budge Studios™ presents Thomas & Friends: Express Delivery! Join Thomas & Friends for a special adventure on the Island of Sodor with this virtual train set! It’s Sir Topham Hatt's birthday and the engines have decided to throw him a surprise party! Help them work together to collect and deliver everything needed for the party from different locations on the island. The more items you deliver, the more special the party becomes! 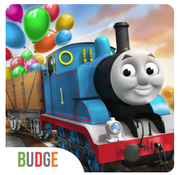 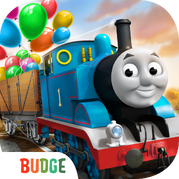 Express Delivery App Trailer
Add a photo to this gallery
Retrieved from "https://ttte.fandom.com/wiki/Express_Delivery_(video_game)?oldid=1952812"
*Disclosure: Some of the links above are affiliate links, meaning, at no additional cost to you, Fandom will earn a commission if you click through and make a purchase. Community content is available under CC-BY-SA unless otherwise noted.