“What a funny funnel!"
"I don't think so!”
―Thomas and Fergus

Fergus' Funnel is a magazine story.

Fergus is helping Mavis at the quarry and is doing his best to keep the trucks behaving. As he orders them to "do it right", one truck does it wrong and bumps Fergus just as a crane is loading a rock. The rock hits Fergus' funnel with a loud clang. Poor Fergus' funnel is so damaged that he has to stop work. The truck that caused the accident is very apologetic; he did not mean for Fergus to get badly hurt, but Fergus limps away to inform the Fat Controller.

As Fergus arrives back at the main station, Thomas cannot resist teasing Fergus about his funny funnel. Soon Fergus is sent to the works for a brand new funnel. The Fat Controller tells Fergus that the truck that caused the accident can stay in a siding until he learns to behave.

Next morning, the Fat Controller announces that there is to be a barbecue party after work and he orders Thomas to fetch the new barbecue. Thomas arrives at the warehouse where the barbecue is waiting on a trolley to be loaded. Suddenly, the trolley rolls onto the line and Thomas cannot help but run over it. The barbecue is crushed beyond repair, which makes Thomas feel terrible about ruining everyone's fun. Soon Thomas meets up with Fergus, who has his new funnel. This gives Thomas an idea and he races off to collect Fergus' old funnel from the works. Once there, Thomas speaks to the engineers who all agree to help.

At the main station, everyone is waiting and the Fat Controller is displeased with Thomas being late. When Thomas finally puffs in, everyone stares at the peculiar barbecue he is carrying which is made out of Fergus' old funnel. 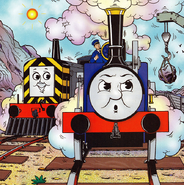 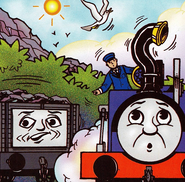 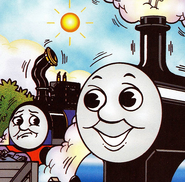 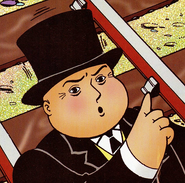 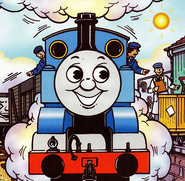 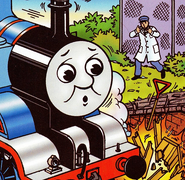 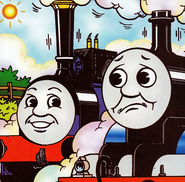 Add a photo to this gallery
Retrieved from "https://ttte.fandom.com/wiki/Fergus%27_Funnel?oldid=1689058"
Community content is available under CC-BY-SA unless otherwise noted.