Thomas the Tank Engine
and Friends 51

“There is no water! We cannot put the fire out without water!”
―A firefighter

Fire is a magazine story.

Every morning, Thomas is woken by his fireman who lights his fire. Thomas likes his fire as it keeps him warm, but his fireman often warns him that while fire is safe when inside the firebox, it can be dangerous if it gets out of control. The fireman goes on to explain that should a fire become dangerous, a rescuer also called a fireman is needed to extinguish it.

Thomas has a busy day and as he is puffing up a hill, he notices some smoke in the sky. It becomes apparent that a cottage is on fire. As they pull up at the cottage, the driver hastily uncouples Annie and Clarabel so that Thomas can fetch help more quickly. Down the line, Thomas alerts a signalman who immediately telephones for the fire brigade.

When Thomas returns to the cottage, all of his passengers are in the cottage's garden helping everyone evacuate the burning building. Then the fire engine arrives and the firemen start to unreel their hoses. Then one shouts that there is no water. The supply is turned off as a water pipe is being mended and there are no ponds or streams nearby. Nobody knows what to do, but Thomas does. He offers the firemen the water from his tanks. The firemen do not waste a moment and they are soon dousing the flames using the water from Thomas' tanks. When the fire is out, the firemen praise Thomas not only for giving them his water, but for raising the alarm in the first place. The cottage is not too badly damaged, thanks to Thomas, but the tank engine is out of water. Edward is sent to push Thomas, Annie and Clarabel back to the station. At the station, the Fat Controller is very proud and calls Thomas a Really Useful Engine. 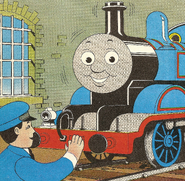 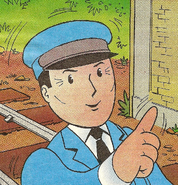 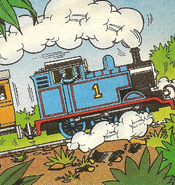 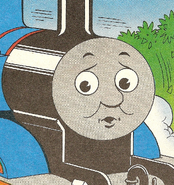 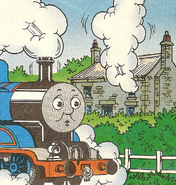 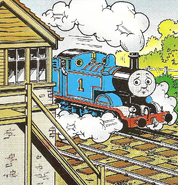 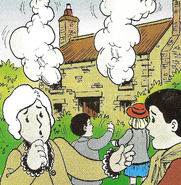 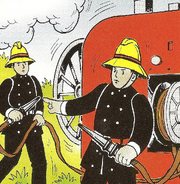 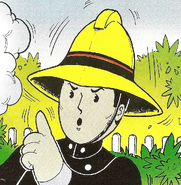 Add a photo to this gallery
Retrieved from "https://ttte.fandom.com/wiki/Fire?oldid=1937435"
*Disclosure: Some of the links above are affiliate links, meaning, at no additional cost to you, Fandom will earn a commission if you click through and make a purchase. Community content is available under CC-BY-SA unless otherwise noted.