Galloping Sausage is the fifth and final story in the 1992 Annual.

Henry and James think that Duck has given them rude nicknames and are cross with him. Duck refuted doing so, but they do not believe him, which prompts Duck to sleep in a siding for the night. After talking with the trucks again and seeing Gordon's mishap with a water tower, Diesel sees his chance and gives Gordon his own nickname. Soon afterwards, the big engines turn against Duck and the Fat Controller sends him to help Edward on his branch line. Diesel is soon found out and is sent away in disgrace. Duck comes back to the sheds and all of the engines are friends again. 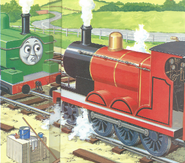 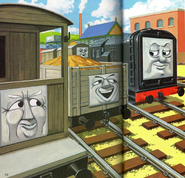 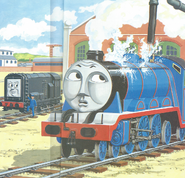 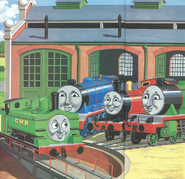