George, re-titled George the Steamroller in 2011 and George meets his Match in 2015, is the thirty-third book in the My Thomas Story Library series.

George is working on the road near the Skarloey Railway and is often rude to the engines. Sir Handel meets him and boasts of his "steamroller wheels". The two soon stage a race, towards trouble. 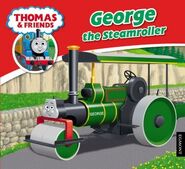 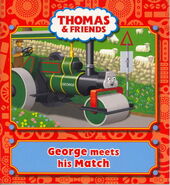 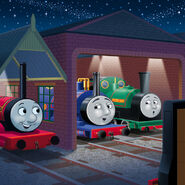 Add a photo to this gallery
Retrieved from "https://ttte.fandom.com/wiki/George_(Story_Library_Book)?oldid=1640395"
*Disclosure: Some of the links above are affiliate links, meaning, at no additional cost to you, Fandom will earn a commission if you click through and make a purchase. Community content is available under CC-BY-SA unless otherwise noted.