Ghost Train is a magazine story.

Percy tells a story of the ghost train to Thomas and Toby in the shed, which made his wheels wobble to think of. But Thomas teases Percy by calling him "a silly little engine" and boasts that he isn't scared by a ghost story. The next day, Percy tells his driver that Thomas does not believe his ghost story, which makes him laugh and tells him that it was a pretend ghost on television. This leaves Percy feeling disappointed.

One evening, Percy is returning from the harbour and as he chuffs along in the dark, he knows exactly where he is as he approaches Crowe's Farm Crossing. However, a wheel on Sam the Farmer's cartload of lime had broken off on the tracks and he went for help. But he is too late - Percy smashes the cart into smithereens and is white all over! Later as Percy's driver tells the signalman what has happened, he tells the driver that he had better clean Percy or else people will think he is a ghost. This gives Percy an idea to scare Thomas for calling him a silly little engine, and Toby agrees to help his white covered friend.

Thomas is getting ready for his night train when Toby hurries in, and tells his friend that Percy has had an accident. He also tells Thomas that he saw what appears to be Percy's ghost and that it said it is coming to the shed to warn them. But Thomas scoffs at this and decides to look after Toby. After this, a ghostly figure arrives at the shed and makes spooky noises to give Thomas a huge scare. He is so scared that he hurries away to fetch his coaches!

The following day, Thomas returns with his coaches and Toby wonders where he'd been after the ghost scared him. However, as Thomas tells his friend what happened, Percy whistles in the distance. This frightens Thomas and he says that he has got to see a coach about the train, and hurries away again. Percy had heard everything and has a last laugh with Toby, who tells him that Thomas had seen a ghost. 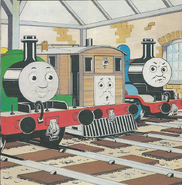 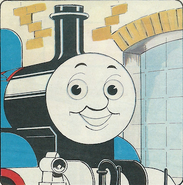 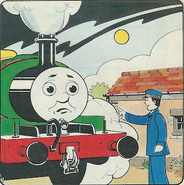 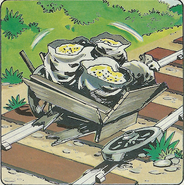 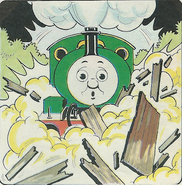 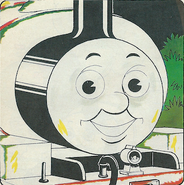 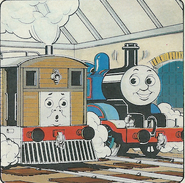 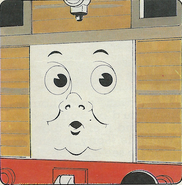 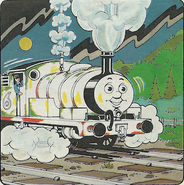 Add a photo to this gallery
Retrieved from "https://ttte.fandom.com/wiki/Ghost_Train_(magazine_story)?oldid=1721856"
*Disclosure: Some of the links above are affiliate links, meaning, at no additional cost to you, Fandom will earn a commission if you click through and make a purchase. Community content is available under CC-BY-SA unless otherwise noted.