“Then who, may I ask, is here to do my shunting?"
"Nobody, you'll just have to fetch your own coaches!”
―Gordon and James

Thomas the Tank Engine
and Friends 100

Gordon Forgets is a magazine story.

Gordon is waiting for his coaches in the yard. He has been waiting for a long time and soon loses his temper on "unreliable tank engines". As James arrives, Gordon tells him to fetch his coaches for him, but James rejects this as he has his own train to intend to. Then Gordon asks his friend where Thomas and Percy are hiding. James responds that they are delivering trucks to the harbour - this prompts Gordon to ask who is going to do the shunting for him, and all James can say is "nobody" and he tells him to fetch his own coaches. This makes Gordon crosser than ever as he proclaims that he is "built to pull fine, important trains", but James has already gone to fetch his train.

Later as Gordon is all alone in the yard, he sees Duck coming towards him, pulling a long goods train. Duck stops just in time and tells Gordon to move over. However, Gordon refuses to move until his coaches are brought in for him, thus causing him to have a hostile argument with Duck. This attracts the Fat Controller's attention and prompts him to ask what all the commotion is. Gordon tells him that his coaches have not arrived and that he told Duck to collect them, but he would not listen to him. The Fat Controller then tells him that his coaches are already waiting for him at the other platform. Gordon realises that he and his driver had forgotten that their schedules had been changed while a section of track was being mended. He feels silly, and Duck kindly asks him to move out of his way - while he rolls quietly to the other platform. 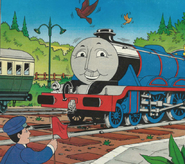 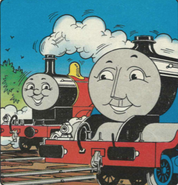 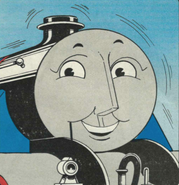 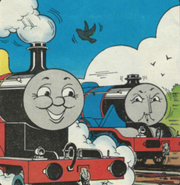 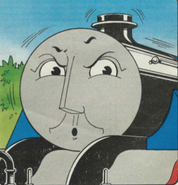 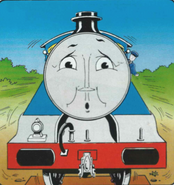 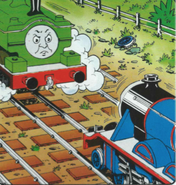 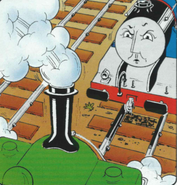 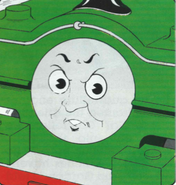 Add a photo to this gallery
Retrieved from "https://ttte.fandom.com/wiki/Gordon_Forgets?oldid=1684125"
Community content is available under CC-BY-SA unless otherwise noted.