Gordon Off the Rails

Gordon Off the Rails is the ninth Buzz Book based on the first series episode, Off the Rails. It is illustrated using photographs from the television series.

Gordon is told to pull a goods train. He decides to jam the turntable so he cannot pull it but he cannot stop himself and slithers into a ditch. 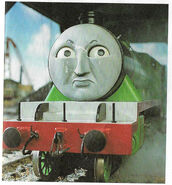 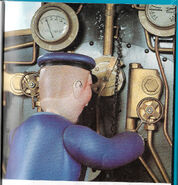 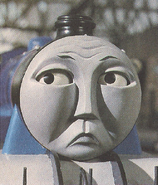 Add a photo to this gallery
Retrieved from "https://ttte.fandom.com/wiki/Gordon_Off_the_Rails_(Buzz_Book)?oldid=1722115"
*Disclosure: Some of the links above are affiliate links, meaning, at no additional cost to you, Fandom will earn a commission if you click through and make a purchase. Community content is available under CC-BY-SA unless otherwise noted.