“Well done, Percy! What fine wheels you have!”
―Harold

Harold is a book in the Engine Adventures series.

One day, Percy meets a helicopter called Harold who insists that engines are much too slow. Percy puffs to the quarry feeling angry. At the quarry, he meets Toby and tells him what Harold had said. Toby does not think Harold is right either.

As Percy puffs back to the harbour, he hears a buzzing noise coming from the sky. It is Harold and Percy's driver suggests that they race him to prove who is the fastest. Percy is determined to show the helicopter that wheels are best and races after Harold. Suddenly, Percy draws level with Harold and minutes later, he is in the lead. Harold is very surprised and hurries after Percy. Soon, they can see the wharf and Percy speeds in, stopping inches from the buffers. Percy's fireman climbs onto the cab to check if Harold has beaten them, but the helicopter is still hovering, looking for a place to land. Percy has shown Harold that engines are just as fast as helicopters. Harold admits that Percy has a fine set of wheels.

Now, whenever Percy hears a buzzing noise in the sky, he does not mind at all and always whistles to his friend Harold and the helicopter always hovers to say hello. 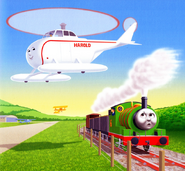 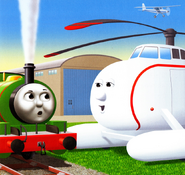 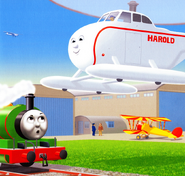 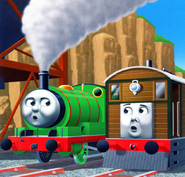 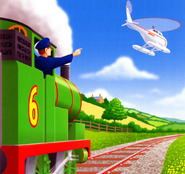 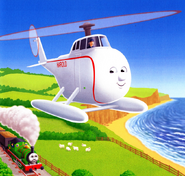 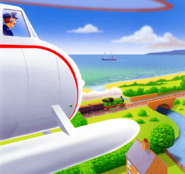 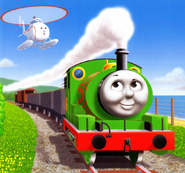 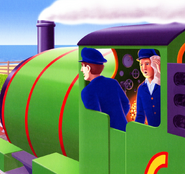 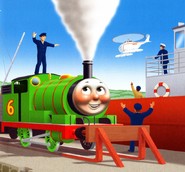 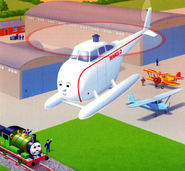 Add a photo to this gallery
Retrieved from "https://ttte.fandom.com/wiki/Harold_(Engine_Adventures)?oldid=1693721"
*Disclosure: Some of the links above are affiliate links, meaning, at no additional cost to you, Fandom will earn a commission if you click through and make a purchase. Community content is available under CC-BY-SA unless otherwise noted.