Harvey to the Rescue

Harvey to the Rescue is a book that was illustrated by using photograhps from the television series.

A new engine named Harvey arrives on Sodor, however unlike most of the engines, Harvey has a crane arm which makes the engines think that he is "different". This upsets Harvey after he hears this, but after rescuing Percy from an accident near Bulgy's Bridge the engines soon realise that it is being different that makes Harvey so special, which cheers Harvey up. 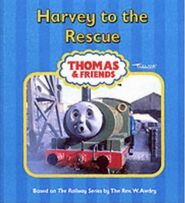 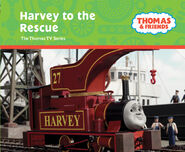 Harvey, Thomas, Percy, Bertie, the Railway Board, and the Fat Controller 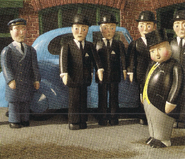 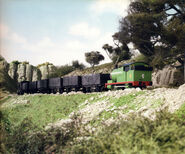 Note: Close-up of Percy's face only and mirrored 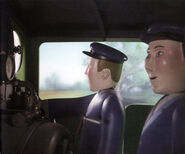 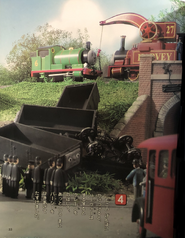 Add a photo to this gallery
Retrieved from "https://ttte.fandom.com/wiki/Harvey_to_the_Rescue_(book)?oldid=1741161"
*Disclosure: Some of the links above are affiliate links, meaning, at no additional cost to you, Fandom will earn a commission if you click through and make a purchase. Community content is available under CC-BY-SA unless otherwise noted.