When a big, brash engine called Hank comes to Sodor, it's Thomas' job to show him around the island. Before he takes Hank on his tour, Thomas must do some important jobs. Hank tries to help but Thomas quickly dislikes the big new engine's enthusiasm and refuses to let him. Overloaded Thomas soon cracks a cylinder and needs help. Will Thomas let Hank help him finish his jobs? Will the engines become friends?

Watch this and other Thomas & Friends episodes on this Great DVD!

Wrong directions, bumpy lines, trucks coming loose, storytelling and more in these action packed stories. Come along for the ride and join Thomas and all of his friends as they heave their loads and work together to make sure everything gets delivered on time!

Watch this and other Thomas & Friends episodes on this great DVD!

UK DVD back cover and spine 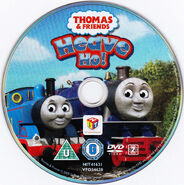 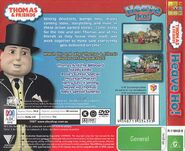 Australian DVD back cover and spine 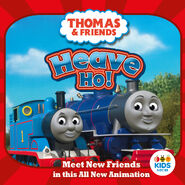 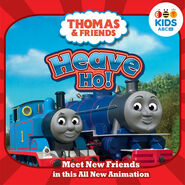 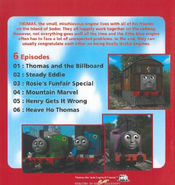 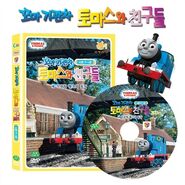 Episode Selection
Add a photo to this gallery

English and Korean Audio and Subtitles Selection
Add a photo to this gallery
Retrieved from "https://ttte.fandom.com/wiki/Heave_Ho!?oldid=1886775"
*Disclosure: Some of the links above are affiliate links, meaning, at no additional cost to you, Fandom will earn a commission if you click through and make a purchase. Community content is available under CC-BY-SA unless otherwise noted.