“Pah! Never thought I'd have to help an engine!”
―George

Gordon is asked to pull a special load. As he pulls into the Docks to collect it, The Diesel offers to help, but Gordon refuses. It turns out that Gordon's special is a very heavy combine harvester which has to be delivered to a farm. Gordon is sure he can haul it, but his wheels just spin helplessly, so his driver puts more coal into the firebox. Eventually, Gordon strains out of the Docks. As Gordon passes a level crossing, his heavy load begins to slip. George, Bertie, Lorry 1, and 2 are waiting impatiently at the crossing gates. Gordon tells them they must all work together in order to get moving again. Soon, the combine harvester is back on Gordon's flatbed again, but then there is another problem. Gordon can see a low-hanging branch ahead which he knows his load is too wide to pass, so Bertie drives ahead and pulls the branch out of Gordon's way until he passes safely.

Soon Gordon arrives at a steep hill feeling very tired. Suddenly, The Diesel rolls up behind and helps by pushing Gordon to the farm. Gordon concludes that sharing a heavy load is a very good idea after all. 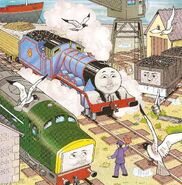 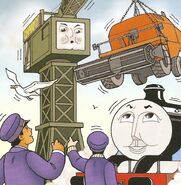 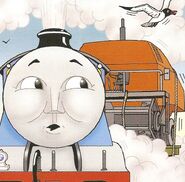 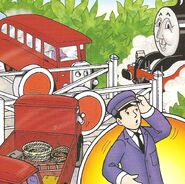 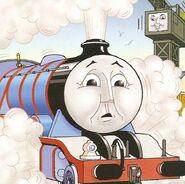 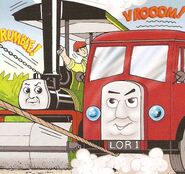 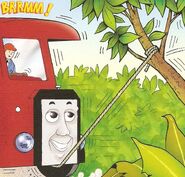 Add a photo to this gallery
Retrieved from "https://ttte.fandom.com/wiki/Heavy_Load?oldid=1970739"
*Disclosure: Some of the links above are affiliate links, meaning, at no additional cost to you, Fandom will earn a commission if you click through and make a purchase. Community content is available under CC-BY-SA unless otherwise noted.