Thomas the Tank Engine
and Friends 68

Henry's Forest is a magazine story.

Henry has seen many things change on Sodor. He remembers how there were no Diesel engines before the big harbour was built. One of Henry's favourite places is the forest of pine trees which he passes when he pulls the express. He can remember when the forest was being planted. Terence and Trevor had helped with the heavy work. When first built, the forest looked a little peculiar seeing the straight rows over the rolling hills. As time passed, the trees grew and now there is a fine forest of magnificent, strong trees.

One day, Henry is passing through the forest when he hears a terrible noise. His driver explains that someone is cutting down the trees. Henry is horrified. His driver continues to explain that the wood is being used for making furniture and railway sleepers. The next day, Henry is sent out to the forest with a train of flatbeds to help the workers clear away the timber. Henry feels sad. Where there had been tall trees now look bare. Henry takes the huge logs to the lumbermill to be cut into planks. Henry is glad the wood is being put to good use, but is still sad to lose part of his forest.

The next day, as Henry goes through the forest, he sees men working there again. They are clearing the stumps away and the branches from the trees. Terence and Trevor are helping. His driver explains that they are going to plant more trees. Henry is now very happy because he has not lost his lovely forest after all. 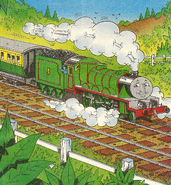 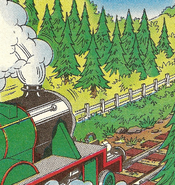 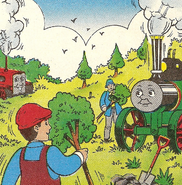 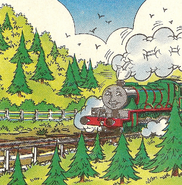 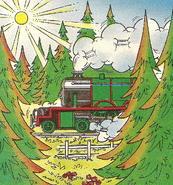 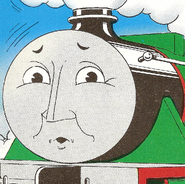 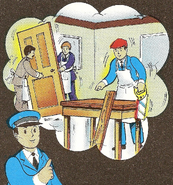 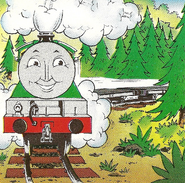 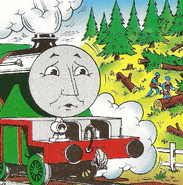 Add a photo to this gallery
Retrieved from "https://ttte.fandom.com/wiki/Henry%27s_Forest_(magazine_story)?oldid=1694860"
Community content is available under CC-BY-SA unless otherwise noted.