Henry's Health and Safety is a magazine story illustrated using photographs from the CGI television series.

Henry is puffing along when he suddenly collides with a truck. Henry thinks it is very dangerous and later Kevin explains about "health and safety". Henry sets off and it is not long before he spies a "health and safety hazard". A log had toppled off of a log car and onto the track. Henry collects Rocky and the log is soon moved. A bit later, Henry sees Percy broken down on the line. Henry gets Rocky to move Percy too! Then, the Fat Controller arrives; he is cross as Henry took Rocky without asking and Henry realises that good health and safety means asking permission first. 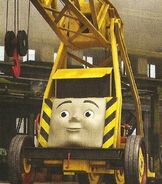 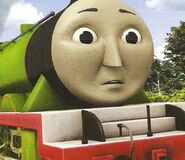 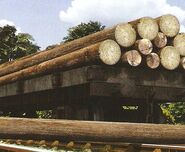 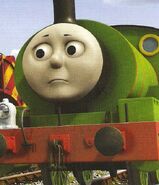 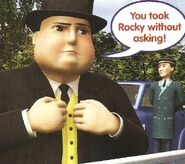 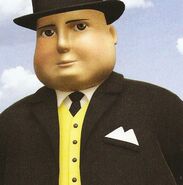 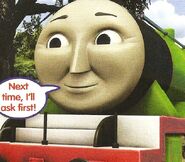 Add a photo to this gallery
Retrieved from "https://ttte.fandom.com/wiki/Henry%27s_Health_and_Safety_(magazine_story)?oldid=1694864"
*Disclosure: Some of the links above are affiliate links, meaning, at no additional cost to you, Fandom will earn a commission if you click through and make a purchase. Community content is available under CC-BY-SA unless otherwise noted.