“It's named Henry's House, after me!”
―Henry

Henry's House! is a magazine story.

Henry likes to visit his forest, even in the winter. But one day, Henry sees a man cutting down trees. The man explains that the trees are damaged and that new trees will soon be planted. Next day, Henry brings some schoolchildren to the forest to watch the saplings being planted. Afterwards, a ranger takes them on a tour of the forest. That night, high winds whistle through the forest and a huge branch crashes down and crushes the ranger's hut! The following morning, Henry, upon seeing the damage, takes the old trees to the sawmill where a new hut is constructed for the ranger. Everyone is pleased - especially Henry, who is proud that the ranger has named the hut after him! 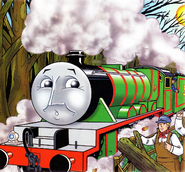 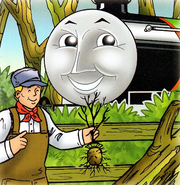 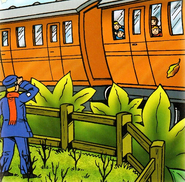 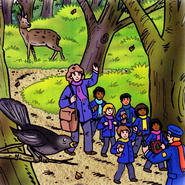 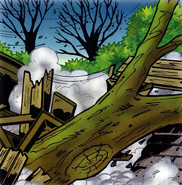 Add a photo to this gallery
Retrieved from "https://ttte.fandom.com/wiki/Henry%27s_House!?oldid=1770372"
*Disclosure: Some of the links above are affiliate links, meaning, at no additional cost to you, Fandom will earn a commission if you click through and make a purchase. Community content is available under CC-BY-SA unless otherwise noted.