“I wish the Wishing Tree would last for ever!”
―Henry's special wish

Henry Gets It Wrong!

Henry Gets It Wrong! is a magazine story, it was illustrated by using photographs from the CGI television series.

One day, the Fat Controller informs the engines that the Sodor Wishing Tree has been damaged in a storm. He then orders Henry to take some woodsman to the tree. Henry is excited with his special job until he learns from Edward that sometimes trees are cut down. Next, he meets Toby who has broken down. This gives Henry an idea - he blocks all the tracks to the Wishing Tree. This makes Henry late to pick up the woodsmen, so Salty has to take them instead. Meanwhile, Harold the helicopter finds Henry and explains that the woodsmen are going to mend the tree, not cut it down. Henry clears the track and the woodsmen finally set to work. Then, Henry makes a very special wish!

Thomas with Annie and Clarabel pass the Wishing Tree 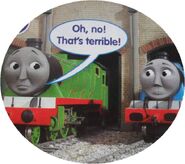 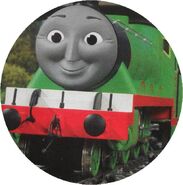 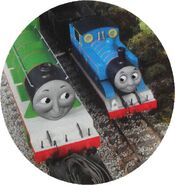 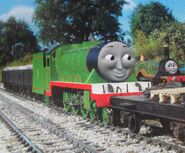 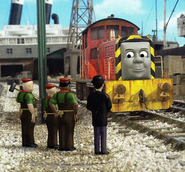 Salty and the tree specialists

Add a photo to this gallery
Retrieved from "https://ttte.fandom.com/wiki/Henry_Gets_It_Wrong!_(magazine_story)?oldid=1757329"
*Disclosure: Some of the links above are affiliate links, meaning, at no additional cost to you, Fandom will earn a commission if you click through and make a purchase. Community content is available under CC-BY-SA unless otherwise noted.