Hiro Helps Out is a magazine story, it was illustrated by using photographs from the CGI television series. It was later published in the 2011 Thomas Annual and 2013 Thomas Annual.

Hiro later meets the Fat Controller. He is very angry because none of his engines have done their jobs. Hiro feels terrible; he thought he had been helping. Hiro quickly finds Edward, Thomas, and Percy and sends them to see the Fat Controller at Knapford. Hiro then chuffs to Knapford to receive his orders. The Fat Controller tells him he will do what he always does; he will be helpful Hiro. 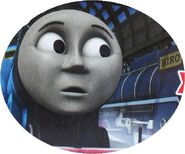 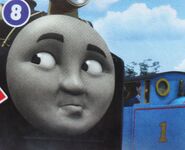 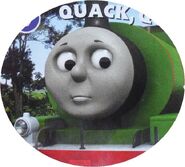 Add a photo to this gallery
Retrieved from "https://ttte.fandom.com/wiki/Hiro_Helps_Out_(magazine_story)?oldid=1694921"
*Disclosure: Some of the links above are affiliate links, meaning, at no additional cost to you, Fandom will earn a commission if you click through and make a purchase. Community content is available under CC-BY-SA unless otherwise noted.