“Go away! Leave me alone! Haven't you caused me enough harm already?"
"No hard feelings. It was an accident."
"You would say that! Thanks to you, nobody needs me! Even a small engine like yourself can take my place pulling the express!”
―Gordon and James

Thomas the Tank Engine
and Friends 49

In a Sulk is a magazine story. It is the second part of the story Gordon's Express.

Gordon is at the works after James bumped into him, jamming his brakes. Gordon thinks James had collided with him on purpose and he is sulking. Worse still, James had been given the job of pulling his express. The engineers work hard to mend Gordon. They manage to release the brakes, but find some valves need replacing.

The next day, the new valves are fitted. The engineers light Gordon's fire, but he will not budge. The engineers think that James' bump had caused more damage than first thought. What the engineers do not know is that Gordon is sulking and does not want to move.

The next morning, the engineers come to work on Gordon. They light his fire and try to start him. This time Gordon roars into action. Gordon's driver and the engineers are very puzzled. Gordon then returns to pulling the express and is now prouder than ever. 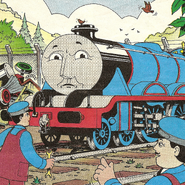 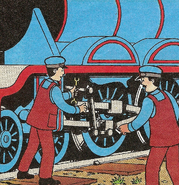 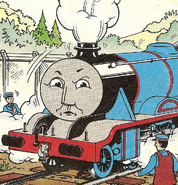 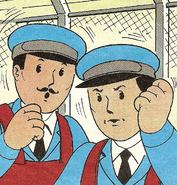 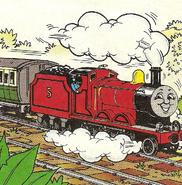 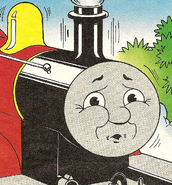 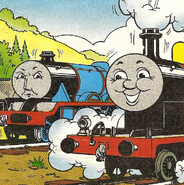 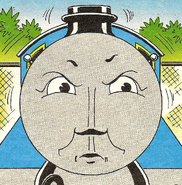 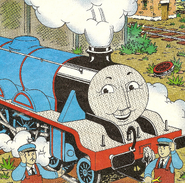 Add a photo to this gallery
Retrieved from "https://ttte.fandom.com/wiki/In_a_Sulk?oldid=1767343"
*Disclosure: Some of the links above are affiliate links, meaning, at no additional cost to you, Fandom will earn a commission if you click through and make a purchase. Community content is available under CC-BY-SA unless otherwise noted.