“Why did that great big, ugly lorry have to park there?”
―Mr. Walford

In the Picture is a magazine story.

One sunrise, Thomas stops at Dingley Hall and, amongst the other visitors, he sees a man carrying a big camera and a tripod. The man tells Thomas that his name is Paul Walford and he is to take some photographs of Dingley Hall. Mr Walford sets up his camera and waits for the sun to peek over the top of the hall. Just as Mr Walford is about to get an excellent shot, Lorry 3 reverses in and ruins it. Mr Walford moves to the lake and is just about to take a photograph when Lorry 2 rumbles into the shot. Mr Walford is annoyed, he has got plenty of photos of lorries, but none of Dingley Hall. The next day, the hall manager puts out a "No Entry" sign so there are no lorries come near. 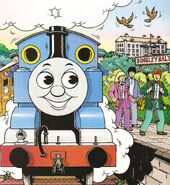 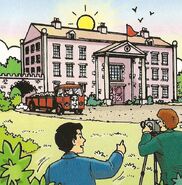 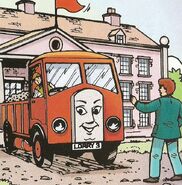 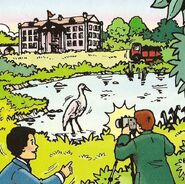 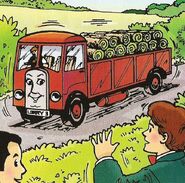 Add a photo to this gallery
Retrieved from "https://ttte.fandom.com/wiki/In_the_Picture?oldid=1760821"
*Disclosure: Some of the links above are affiliate links, meaning, at no additional cost to you, Fandom will earn a commission if you click through and make a purchase. Community content is available under CC-BY-SA unless otherwise noted.