“Have you heard the News? Thomas is having a new coat of paint!"
"That's old news! I'm always first with the latest news.”
―Harold and James

Thomas the Tank
Engine and Friends
121

James’s Task is a magazine story.

James the red engine has a very important job of collecting newspapers from the Sodor Newspaper Factory after they have been delivered from the mainland by boat. He delivers them to the shopkeepers on the Island of Sodor. One morning Harold tells James the news that Thomas is getting repainted, which James just simply says is “old news” and brags on about being the first engine with the latest news.

As James arrives at the station, he sees several bundles of newspapers piled up around the platform. He thinks they must be the latest newspapers waiting for him, and pulls away with them without wasting any more time. However, he leaves just as a man arrives to take the old newspapers to the Paper Recycling Plant.

James however does not notice this and travels a long way with the old newspapers to make up for lost time, so the people can get the latest news. However when he arrives at the main station, the shopkeeper realises the mistake after the papers have been unloaded from the vans. Then Harold flies overhead and brings in the latest newspaper for James, telling his friend that what he has collected are old newspapers for the Recycling Plant.

After the mix-up is sorted out, James learns that he is not the first engine with the latest news. 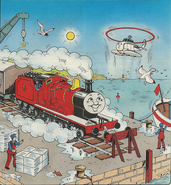 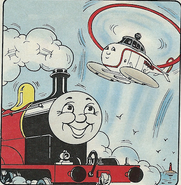 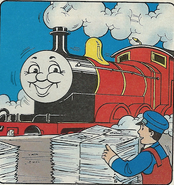 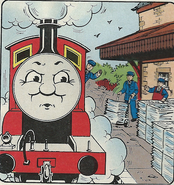 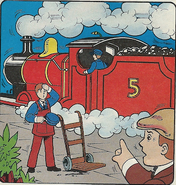 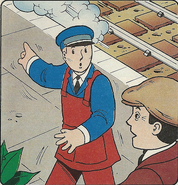 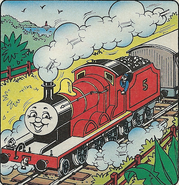 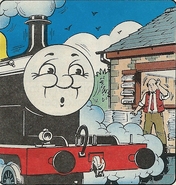 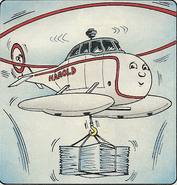 Add a photo to this gallery
Retrieved from "https://ttte.fandom.com/wiki/James%27s_Task?oldid=1787109"
*Disclosure: Some of the links above are affiliate links, meaning, at no additional cost to you, Fandom will earn a commission if you click through and make a purchase. Community content is available under CC-BY-SA unless otherwise noted.