James and the Troublesome Trucks

Thomas the Tank Engine
and Friends 6

James and the Troublesome Trucks is a magazine story.

James is left alone in the shed for being naughty and is not allowed to push coaches and trucks in the yard. He is beginning to cry when the Fat Controller arrives to see him at last. He tells James that he had given him a lot of trouble, as James apologises and promises to behave himself. The Fat Controller orders him to pull the trucks for him, which makes him feel happy once more.

He puffs out of the shed to arrange his trucks, who are not happy to see "a red monster". But James takes no notice, as he pulls them out of the station into an open line. Along the way, the trucks try hard to make James give up as they let their brakes on and their axes run hot, and the trouble has to be put right each time they do so. But James is determined not to be beaten, as he pulls them slowly but surely along the line and eventually climbing up Gordon's hill.

James' driver warns James to look out for trouble as he goes faster, and soon they are halfway up. James is panting as he climbs, when all of a sudden with a jerk - it all becomes easier for him to climb to the top. However his driver shuts off steam as he sees the troublesome trucks roll backwards down the hill - the coupling had broken. But the guard manages to stop the trucks and go out to warn approaching engines. James finds out why as he backs carefully down to collect the trucks, thinking how silly they are.

Edward, who is behind James' train, calls to him if he needs some help. But James objects this as he tells him that he will pull them on his own. In return, Edward warns James not to let the silly trucks beat him, as he slowly struggles to climb to the top of the hill and soon he succeeds. James and his train arrives safely at the station and he goes to rest in the yard, when Edward pulls up alongside him - with the Fat Controller on board. James wonders what he would say after his mishap with the trucks, but instead of feeling cross with him, the Fat Controller smiles and praises James for his tremendous efforts to keep the troublesome trucks on the line behave - and he also tells him that he deserves to keep his red coat, which makes James feel more satisfied after all the hard days work. 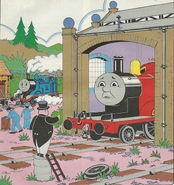 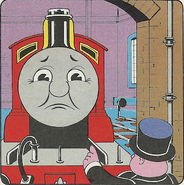 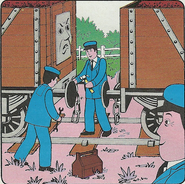 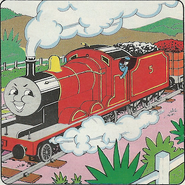 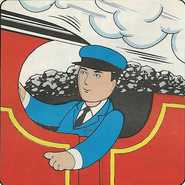 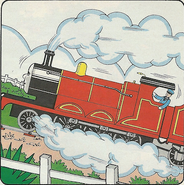 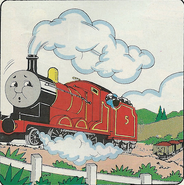 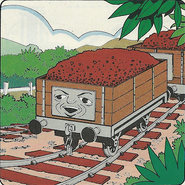 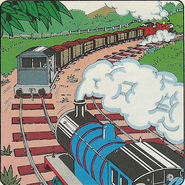 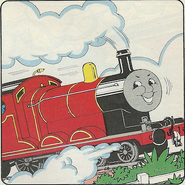 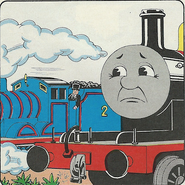 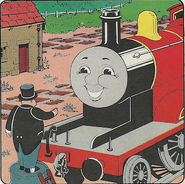 Add a photo to this gallery
Retrieved from "https://ttte.fandom.com/wiki/James_and_the_Troublesome_Trucks_(magazine_story)?oldid=1663180"
Community content is available under CC-BY-SA unless otherwise noted.