Judy and Jerome are fictional cranes created by Ian McCue and Andrew Brenner.

In 2015, Judy and Jerome made their debut in the 2015 special, The Adventure Begins, as the cranes in recreation of Thomas and the Breakdown Train.

Judy is voiced by Teresa Gallagher and Jerome is voiced by Tim Whitnall in the CGI version of the series on both sides of the Atlantic, respectively.

Judy and Jerome are based on Cowans Sheldon 30 ton breakdown cranes, more specifically the Breakdown Train from the first series.

In 2009, the series introduced Computer-Generated Imagery (CGI) as a replacement for the show's long-standing live-action models. In 2015, Judy and Jerome we're created from scratch in CGI by Arc Productions for the 2015 film, The Adventure Begins. The models was "hand-sculpted" in Maya, a 3D animation and modelling software. 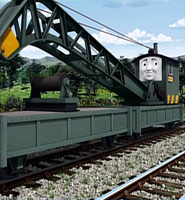 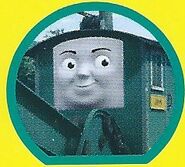 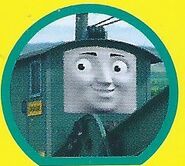 Japanese promo
Add a photo to this gallery

Retrieved from "https://ttte.fandom.com/wiki/Judy_and_Jerome/Behind_the_Scenes?oldid=1696247"
*Disclosure: Some of the links above are affiliate links, meaning, at no additional cost to you, Fandom will earn a commission if you click through and make a purchase. Community content is available under CC-BY-SA unless otherwise noted.