Thomas the Tank Engine and Friends 201

“A modern diesel railcar, like me, doesn't have a dirty funnel and boiler to be cleaned! I'm so thoroughly modern! Why, the Fat Controller ought to get rid of old-fashioned steam engines, all together!”
―Daisy

Keeping Clean! is a 1995 magazine story.

The main station is being given a good clean. The Fat Controller arrives to see how his workers are getting on. He orders the steam engines to be cleaned too. Gordon goes to the Works first where he has his big boiler washed out. Next, is James' turn. At the Works, he has the soot taken out of his boiler tubes.

Daisy does not need to go to the Works as she does not have a dirty funnel or boiler to be cleaned. She thinks the Fat Controller should get rid of the steam engines all together. This upsets Thomas and his steam engine friends. The Fat Controller hears the commotion and comes to see what is wrong. To stop the arguing, he sends Daisy out to take passengers on the branch line while Thomas is at the Works.

Thomas arrives at the Works just as James and Gordon are leaving, feeling as good as new. Thomas' ash is soon removed too. With his tubes all clear, he puffs powerfully. Nearby, a big pile of ash from the engines is at the track side. The next moment, Daisy passes by on her way to pick up more passengers. Thomas warns Daisy to slow down, but it is too late. She races by the pile of ashes, blowing them all over her. Daisy cannot believe what a mess she is in. Thomas tells her if she asks the workmen nicely, maybe they will clean her too. 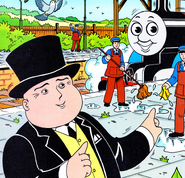 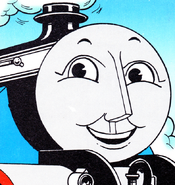 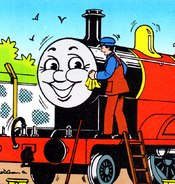 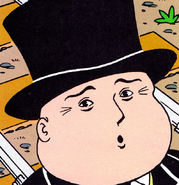 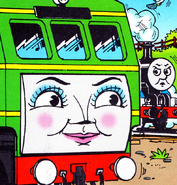 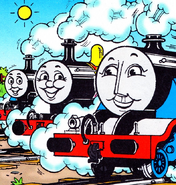 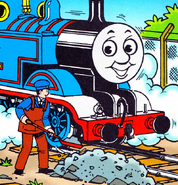