King of the Railway

“What are you doing up there?"
"They're turning me into an aeroplane!”
―Henry and Stephen joking

King of the Railway is a book based on the special of the same name.

Thomas the Tank Engine discovers mysteries of the past—and may even find a treasure!—when a stranger comes to the Island of Sodor. Train-obsessed little boys and girls ages 3–7 will thrill to this retelling of the newest Thomas & Friends direct-to-DVD/Blue-ray movie, King of the Railway. 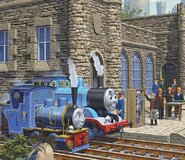 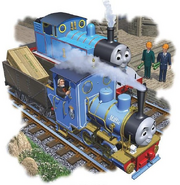 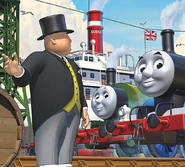 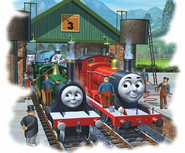 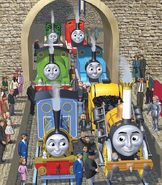 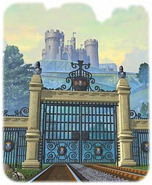 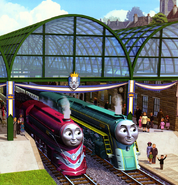 Caitlin and Connor at Knapford

Add a photo to this gallery
Retrieved from "https://ttte.fandom.com/wiki/King_of_the_Railway_(book)?oldid=1717235"
*Disclosure: Some of the links above are affiliate links, meaning, at no additional cost to you, Fandom will earn a commission if you click through and make a purchase. Community content is available under CC-BY-SA unless otherwise noted.