Kwaku is a large Garratt engine from Tanzania. He is close friends with Nia.

Kwaku is a kind and friendly engine with a good sense of humour. He is good friends with Nia and was aware that she had lost her engine shed and had nowhere else to go. He was shown to be sympathetic before asking Nia about her shed. Like Nia, he is always making sure that his friends' boiler, wheels and any other engine parts are in good working order and that they are being treated well.

Kwaku is based on the East African Railways (EAR) 59 class, a class of 4-8-2+2-8-4 oil-fired Garratt engines built by Beyer, Peacock and Company, which entered service in 1955-56. These were the largest, heaviest and most powerful steam engines to operate on any metre gauge railway in the world and were the mainstay of freight services from Mombasa to Nairobi until the 1970s. Two surviving engines, No. 5918 Mount Gelai and No. 5930 Mount Shengena, are preserved by the Nairobi Railway Museum in Nairobi, Kenya.

Kwaku has been partially modified from his original basis. Whereas his class is metre gauge, Kwaku has been scaled up to standard gauge. Additionally, he has been fitted with buffers and screw-link couplings, allowing him to work with British rolling stock.

Kwaku is painted red with light yellow lining. His cylinders are painted black with red lining. 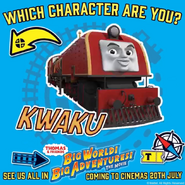 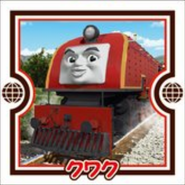 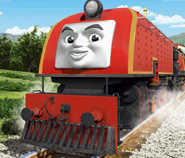 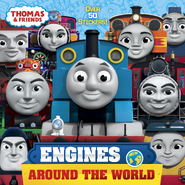 Kwaku as illustrated by Tommy Stubbs 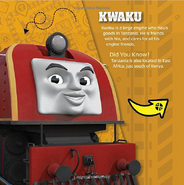 Kwaku in Engines Around the World

International Characters
* RWS only | ** T&F only | ✦ Changed location
Deutsch Español Français עברית Polski Русский
*Disclosure: Some of the links above are affiliate links, meaning, at no additional cost to you, Fandom will earn a commission if you click through and make a purchase. Community content is available under CC-BY-SA unless otherwise noted.
Advertisement