2016
Magical Tracks is a 3D game application developed by Budge Studios released in 2016, available to download for free on iTunes and Google Play. It also offers several In-App purchases.

Play mini games and build your own magical train set in the ultimate Thomas & Friends" adventure!

Budge Studios" presents Thomas 81 Friends": Magical Tracks! Packed with interactive mini games, this customizable magical train set lets your little conductors shape their own fun adventure. Ride the rails with all your favorite engines and collect all the toys and decorations you need to create your very own Island of Sodor! What magical adventures will you build today? 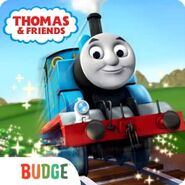 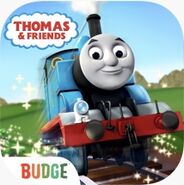 Magical Tracks App Trailer
Add a photo to this gallery
Retrieved from "https://ttte.fandom.com/wiki/Magical_Tracks?oldid=1978895"
*Disclosure: Some of the links above are affiliate links, meaning, at no additional cost to you, Fandom will earn a commission if you click through and make a purchase. Community content is available under CC-BY-SA unless otherwise noted.