Mrs Polly Percival is Mr. Percival's wife and the mother of their five children.

One year on her birthday, Mr. Percival arranged for Sir Handel to take the couple to the top of Culdee Fell for a picnic. Sir Handel was having problems that meant he shuddered and shaked when he went uphill, which resulted in a very uncomfortable ride for the Percivals and spoiled their picnic hamper. She later attended the Country Show at Village Square with her husband.

She and her husband host a Christmas Party every year at their house near the Depot. One year, Freddie had the party moved to the Wharf so Colin could attend. Mrs Percival attended the relocated party with the rest of her family. She later attended her husband's birthday party at the Man in the Hills and "the first puppet show in the hills" at the Showgrounds.

Mrs. Percival with her husband

Mrs. Percival with the Percival twins 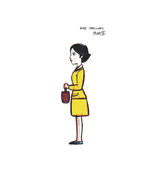 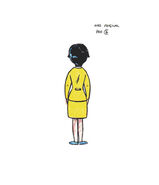 Add a photo to this gallery
Retrieved from "https://ttte.fandom.com/wiki/Mrs._Percival?oldid=1756659"
*Disclosure: Some of the links above are affiliate links, meaning, at no additional cost to you, Fandom will earn a commission if you click through and make a purchase. Community content is available under CC-BY-SA unless otherwise noted.