No Joke for James (Buzz Book)

No Joke for James

No Joke for James is the thirty-fourth Buzz Book, based on the third series episode of the same name. It is illustrated using photographs from the television series.

James takes Gordon's express without asking and gets himself into big trouble with the Fat Controller. 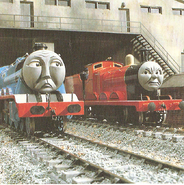 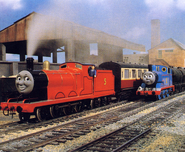